Marvel characters have to be some of our absolute favs, so much so Logan's bedroom is currently decorated with Marvel wallpaper and bed sheets. So that's why we were really pleased to receive some of the Heroes of Goo Jit Zu Marvel characters to review from Character Toys. 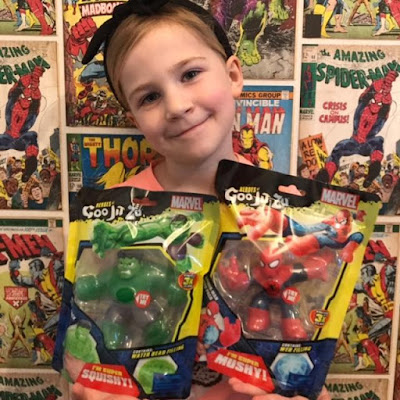 You might be wondering what Goo Jit Zu toys are and I like to describe them as a fun mix between Stretch Armstrong and those soft squishy filled toys that you often see kids with. If you like the sound of that then you can now get your hands on your favourite Marvel characters who have joined the Heroes of Goo Jit Zu team to become the ultimate squishiest, stretchiest and gooiest heroes ever! Each action hero has a unique goo filling with a different texture and feel. They're a real sensory delight! 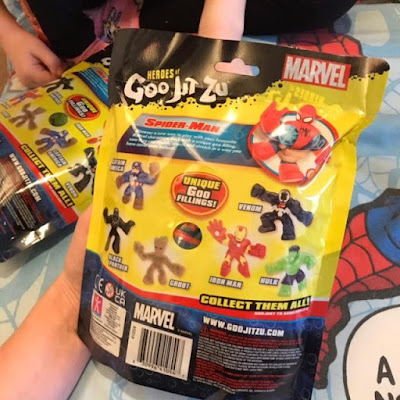 The latest Heroes of Goo Jit Zu Marvel Characters are – Radioactive Spider-Man, Gamma Glow Hulk, Iron Man, Venom, Black Panther, Groot and all new characters for 2021 are Miles Morales Spider-Man and Thor. We were sent the original Hulk and Spider-Man characters which retail for £12.99 each and the kids love them! 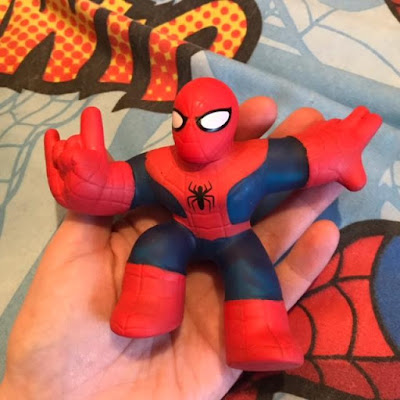 I'm so thankful the kids have one each as they've been using them to battle each other, a real Hulk vs Spider-Man and there's been lots of "debate" around who would win. It's quite amusing to watch. The kids each have a favourite with Logan preferring the Hulk and Harlow preferring Spider-Man. Logan loves the bright green colour of Hulk and the soft squishy sensory feel of him. He thinks the Hulk's water bead filling is really cool and it acts like a fidget toy for him which is a bonus. Harlow is loving Spider-Man and when you give him a good squeeze you can see his awesome web filling. These Goo Jit Zu Marvel characters have definitely been a big hit in this house. 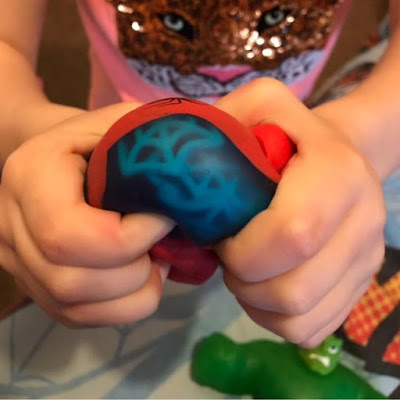 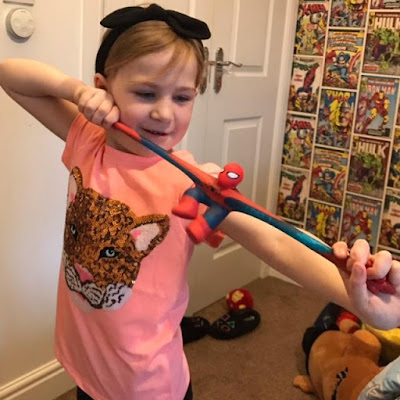 Goo Jit Zu characters are available from all good toy shops and there's even some bigger Supagoo Characters to collect which are Thanos, Hulk and Spider-Man retailing for £29.99. These characters are bigger in size at around 20". Thanos looks pretty cool and I'm sure he'll be next on the list for the kids. 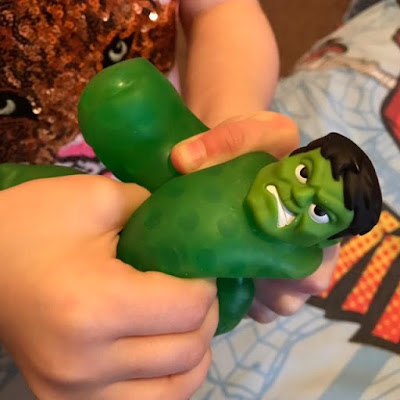 Both of my children really enjoyed these Heroes of Goo Jit Zu Marvel Characters and I can definitely see myself buying them as gifts in future. They've been played with a lot over the last few weeks and are still going strong with no damage which is great. Highly recommend. 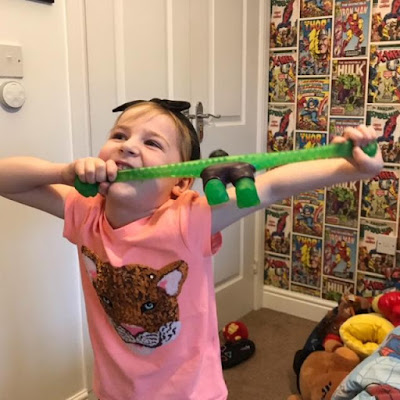 These products have been gifted for the purpose of this review. All opinions are my own.