The school summer holidays are almost in sight which means no more home learning and a break for us adults as well as the kids. Home learning has been tough going at times so we're definitely looking forward to a break in our house. To keep us from getting bored and to make sure we have fun as a family the lovely people from Tactic have sent us a handful of games to try out and enjoy. 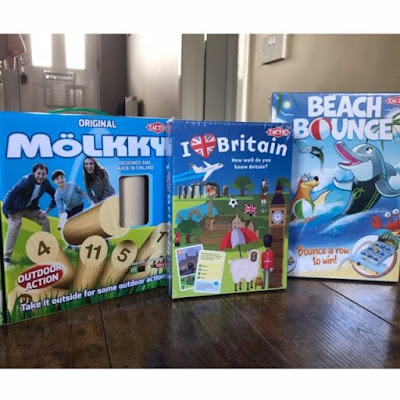 We really love a good board game or two in our house so were thrilled to receive three different fabulous games. So what did we get? Well we have the energetic Beach Bounce aimed at ages 4+, I Love Britain aimed at ages 7+ and an outdoor game called Mölkky aimed at ages 6+. Harlow desperately wanted to unbox and play Beach Bounce first so that's what we did. 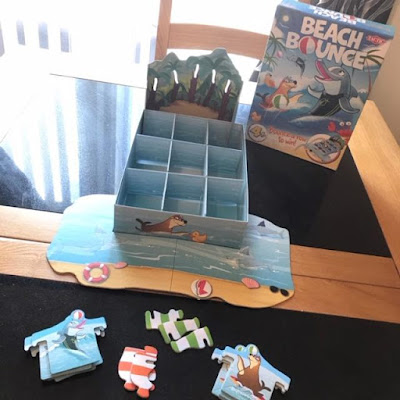 Beach Bounce is a fun and exciting game where you can team up with other players to bounce a little beach ball and raise your flags first to be the winner. Aimed at ages 4+ you can have from 2-4 players and each game lasts around 15 minutes plus. Sometimes longer depending on the skill of the players but that just means it'll keep the kids busy so they're not wrecking your house. You start off by choosing your team, either Dolphins or Seals and you try to make 3 in a row by bouncing the beach balls and landing them in the waves (small square holes). It's quite straight forward to follow and my two certainly picked it up quickly. For each 3 in a row, your team can place their flag on the scoring island. The first team to raise 3 flags on the island wins! 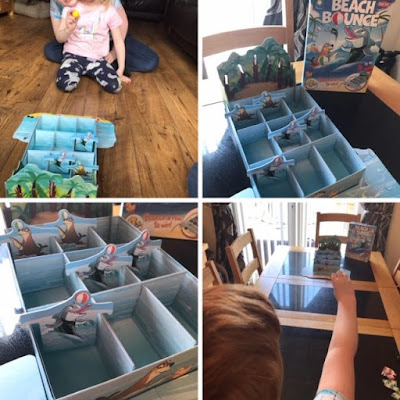 It's a really great game which can get competitive at times but we loved it. The 3D game set up is fab and makes it more interesting for the kids. Players joining together as a team was a big hit for us too. Sometimes the kids joined up against us adults and won haha. I really liked that is was easy to set up and quite self explanatory, especially when you have younger children. They just want to get on with it super quick. The instructions are simple to follow though and once you've had your first go it'll be easy to keep playing again and again. 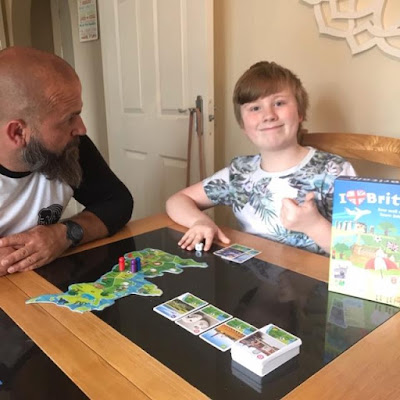 Next up Logan wanted to try out I Love Britain as he loves a fact and this game is all about British history. Or should I say it tests you on how well you know British history! The colourful map of Britain is your game board and you've to race around the United Kingdom, visit different regions and answer questions about British culture, traditions, nature and more. Roll the die to see whether you’re moving around by bicycle, by car or sweeping through the air on a plane. Each correct answer earns you a card, and the first player to collect five different category symbols wins. 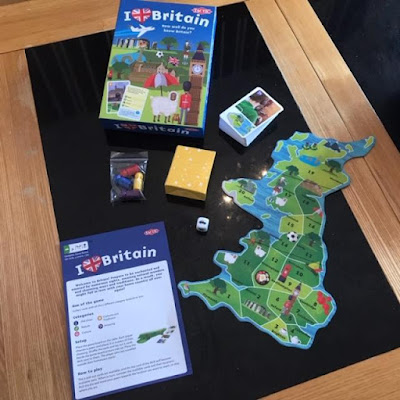 Aimed at ages 7+ this is a lovely educational game for 2-4 players which definitely helps to develop memory skills as well as learning new things about our country. So many things I'm ashamed to admit I never knew but Logan was absolutely amazing at this game. His knowledge and fact recall is brilliant, his Dad and I were super impressed. It'll be no surprise to hear that Logan won most of the time as well. He especially enjoyed that on the bottom of each question card there is a fact to read out to everyone if you get the question right. 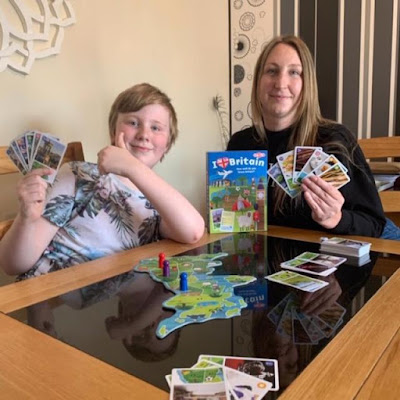 Last but not least is the brilliant outdoor game Mölkky. It's a Scandinavian style game which is quick and easy to set up. Aimed at ages 6+ with 2+ players to get going, it's super simple to set the skittles in the formation shown on the instructions and then just throw the pin to see how many you can knock over. 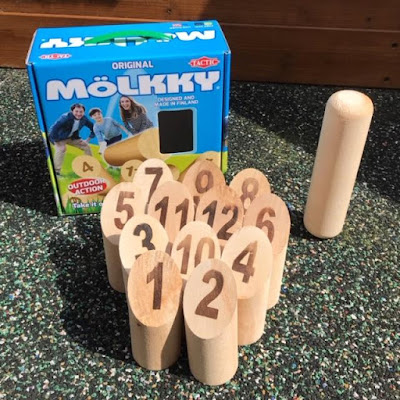 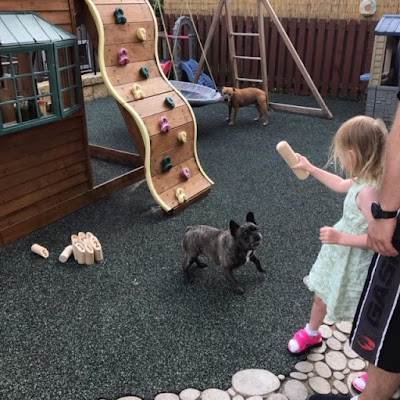 The aim of the game is to score 50 points exactly first. If you go over 50 then your score is halved to 25 and you start again trying to get to 50. The kids loved it and it was very exciting to see who could knock the skittles over and who could be the winner. 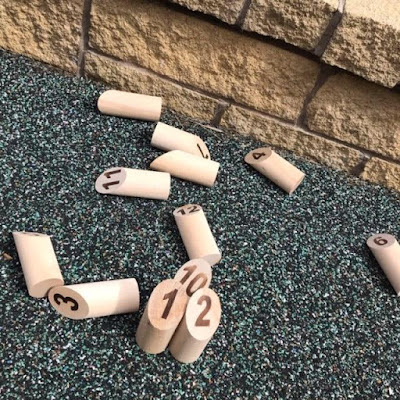 I really liked this game because it's quick and easy to understand. It has a fab carry case which is perfect for taking to the park to play with friends or out in the garden. Everything goes back into the box without a fuss as well which is a massive bonus. I hate it when games won't fit back in the box! The skittles and pin are made of solid wood so very sturdy and hard wearing. Everyone can get involved with this too from young to old, it's a lovely game for some outdoor fun. 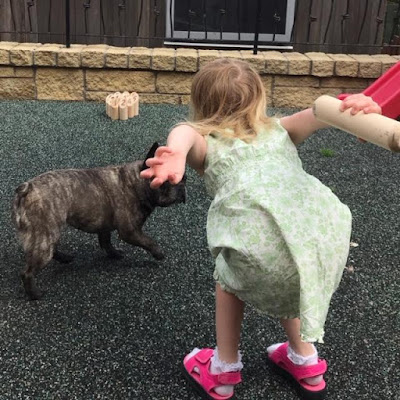 These games have been gifted for the purpose of this review. All opinions are my own.