Now that the kids are at home a lot more I've been searching for toys and activities to keep them busy, especially Harlow who is only 5 and has the attention span of a flea! We've been really lucky recently and the lovely Super Wings team sent us some of their new toys and fabulous magazines to try out. 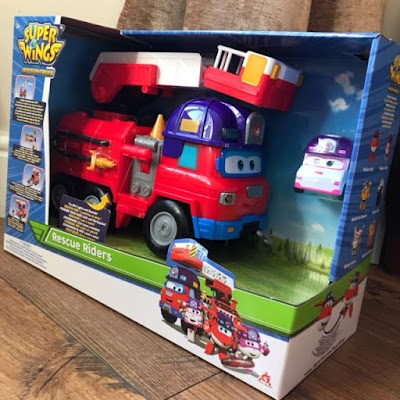 For those that don't know Super Wings is a top flight preschool animation, available to watch on TinyPop and Cartoonito. It's a firm favourite cartoon at home and when we go abroad. Each episode follows Jett, the adorable plane who travels the globe delivering packages to children in different counties. On every delivery Jett encounters a new problem that he and his friends must work together to solve. 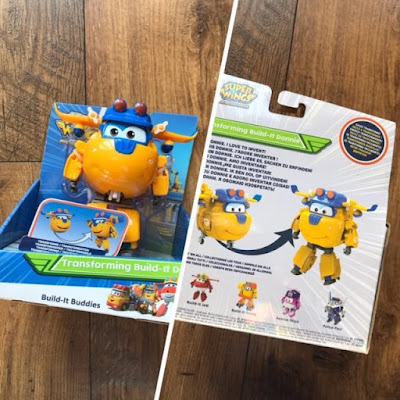 The Super Wings aren't just regular aeroplanes either: They have the ability to transform into amazing heroes who can run, climb, lift, dig and even dive deep under the sea! Super Wings is a fun show which is full of positive messages (I know it's for younger children but even Logan has a quick glance now and again) – from problem solving and teamwork to educational highlights and cultural diversity, Super Wings is a great way to get little ones’ to work together and think about the world we live in. The new series (series 4) of Super Wings launched on 2nd March 2020 so it'll be available to watch now. Perfect for those home learning moments when the adults need a little break. 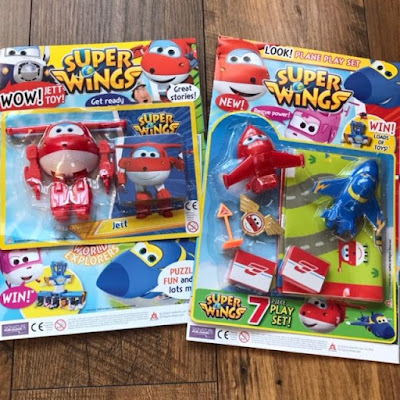 So what toys did Harlow get sent? Well we received the lovely new Rescue Riders Playset (RRP £29.99) and one of the new Series 3 Transforming Vehicles (RRP: £9.99). Ours was yellow and called Donnie. The Rescue Riders Playset is from the latest Super Wings product range and coincides with Series 3 of Super Wings Mission Teams called the Rescue Riders. The playset is based on Sparky the Fire Truck and includes; lights and sounds, detachable ladder which can swivel 180 degrees, side mounted ‘water hose’ which can be taken out and attached to the front of the ladder, front hook which can be pulled to assist any rescues, plus pull the side leaver to release Zoe, an exclusive Super Wings character that comes with the playset. It's also compatible with the transforming vehicles, such as the Donnie we received, so Harlow has been having tons of fun putting these all together and rescuing her toy babies. 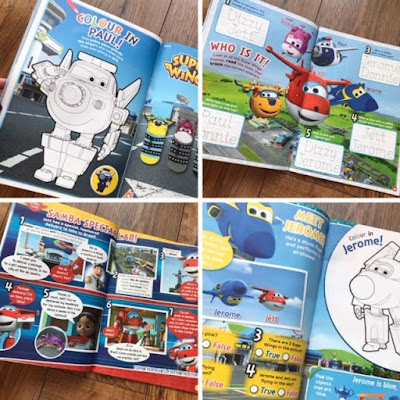 As for the Series 3 Transforming Vehicles they can transform from plane to robot in 10 easy steps. This was a favourite of Harlow's because it was simple and easy to do and held lots of pretend play potential. Super Wings fans can re-enact and master the transformation of their favourite characters from the popular TV show or create their own new adventures with their imagination. They make for great birthday presents and little gifts. A good alternative to Easter chocolate. There are over 20 characters to collect and some of the new ones are; Build-It Jett, Police Jett, Build-It Donnie, Rescue Dizzy, Astra, Scoop and Kim. All of these toys including the playset can be purchased from Smyths Toys. 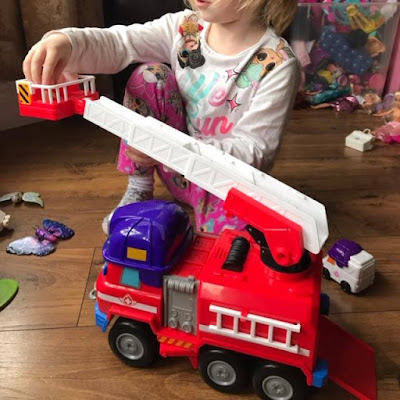 As well as these awesome toys Super Wings have also brought out some magazines! Harlow loves a magazine and they're always full of fun educational activities so I quite like them too. They definitely keep her busy. The Super Wings magazine is based on the adventures of Jett and the team and is published by Signature Publishing. The first issue launched in January but you'll be able to pick up the 3rd issue now since we're in March. Every issue of the magazine comes with an exclusive bespoke toy and the magazine is packed with stories, puzzles, colouring activities and much more to keep youngsters entertained. The magazine is available at all good supermarkets and newsagents nationwide so should be easy enough to pick up on your next trip. 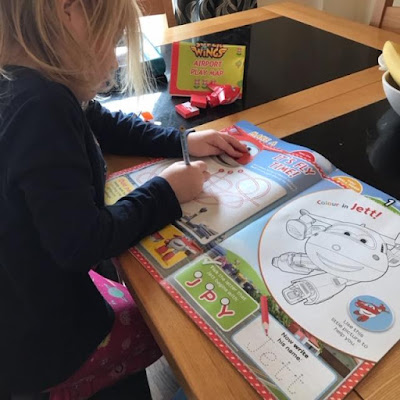 Harlow has really enjoyed all of her Super Wings goodies and they've been getting played with regularly and the magazines have been keeping her busy and learning at the same time. I'll definitely be buying the next issue!


These items where gifted in return for an honest review. All opinions are my own.