Everyone loves a good board game on Christmas Day and even better if it's just a bit more fun and a bit different to the rest. If that's you then look no further! I have found the perfect Christmas Day game to play with all the family... Introducing Don't Upset the Llama by Tactic. It's a super fun, action packed game sure to keep your kids engaged and the adults even more so. It's punch line is - Grab It First, Or Get Soaked - if this doesn't speak to kids these days I don't know what will. 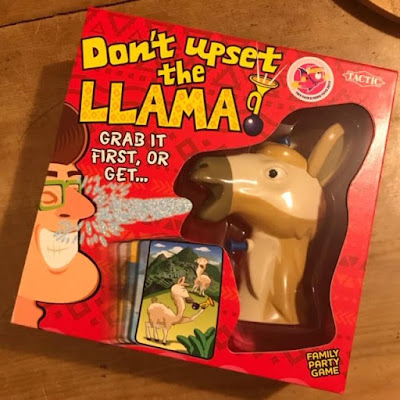 It's also National Llama Day today so even better that I'm here to tell you all how fabulous this game is. The family and I were sent it to review and we were so glad to receive it. So what's in the box? There's a Llama spray gun, 64 cards, special dice and some rules. If you haven't guessed already you're going to get a bit wet playing this game but honestly it's all in good fun. 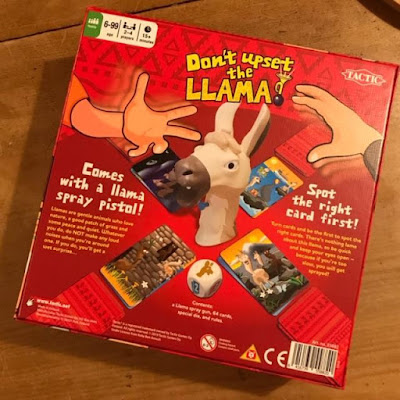 Don't Upset the Llama is really easy to play. You can have between 2-4 players and each game should last around 15 minutes. To set up you simply fill the Llama spray gun with water, shuffle the cards and deal all of them out between the players and the players place the cards in front of them as face down decks. You then place the Llama in the middle of the table. It may be a good idea to have some tissues or a small towel handy as well. The dice is then given to a player to start. You could give it to someone who last got unexpectedly wet! Now you're ready to play. 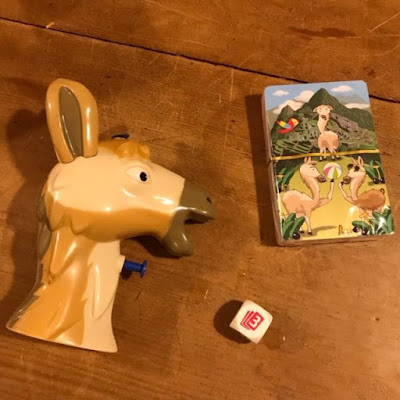 The players now take it in turn to role the dice. There are 4 different possibilities that can happen when rolling. You will either get to turn 1 card over, 2 cards over or 3 cards over or you could get the Llama. If you turn one card over and there's a horn or spay on it then that player gets sprayed. The player to their left gets the honour of doing the spraying. If you turn over two cards it's very similar. You get ready to check the second card for a spray or a horn and if there is one all players can try and grab the Llama. It's exactly the same for the three cards as well. If you get the Llama when you role the dice though then it's a mad free for all to grab the Llama first. If you grab the Llama on two cards, three cards or the Llama free for all then you can spray anyone you like! You've got to be careful though, if you grab the Llama by accident then you get sprayed by the person on your left. The games ends when one player has been sprayed four times by the Llama. The driest person wins. 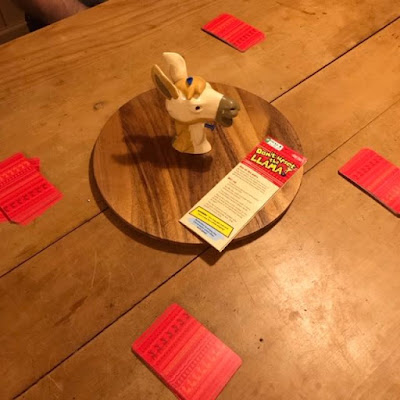 We really really loved playing this game as a family. The kids had crazy amounts of fun trying to grab the Llama and spraying Mum and Dad. The laughs we had and the screams of delight and dread were brilliant. We haven't had this much fun playing a game in a long time. It's aimed at ages 6+ but with it being so easy to understand even my 4 year old daughter got involved. We were watching ITV’s How To Spend It Well At Christmas on Tuesday evening and my little girl got super excited when she spotted Don’t Upset the Llama on TV. It's sure to be one of the best games to play at Christmas this year and I'd highly recommend. 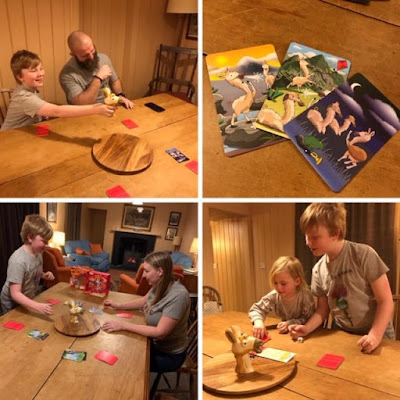 If you don't believe me then the game has recently been awarded “Recommended’ status by The Good Toy Guide and acknowledged for encouraging concentration in children. There's also a handy online video you can now watch to get a feel for the game. Check it out on the Tactic YouTube Channel. 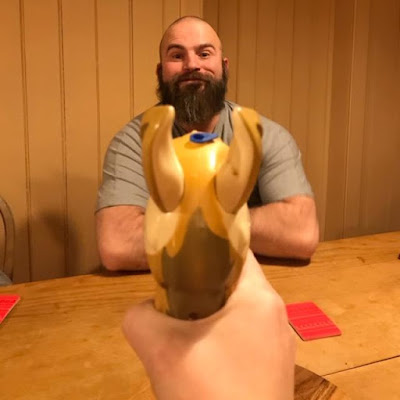 This game retails for around £14.99 and as I've said we loved every minute of it. The kids never got bored of soaking us and wanted to play again and again. It's a definite game changer for our house and a guaranteed boredom buster. It'll get the energy going in the room again after being stuffed full of Christmas dinner so it's worth having to hand. Your reaction timing is key so you'll soon find out who's the slowest when they're dripping from head to toe! The Range are currently selling Don't Upset the Llama for £12.99 so pop over a grab a wee bargain. 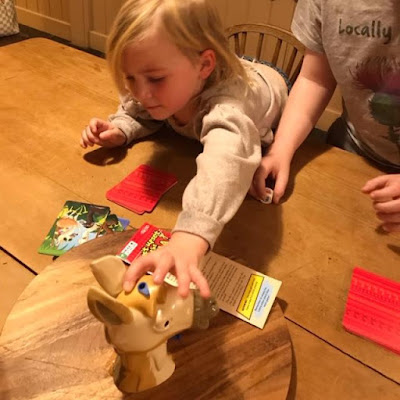 I was sent this game in return for an honest review. All opinions are my own.

0 comments on "Review: Don't Upset the Llama Game by Tactic"