My daughter is a super fan of Hatchimals. She loves them so much, sometimes they are all she can talk about! She has quite the little collection but has been spotting all the new and wonderful range coming out via YouTube (she loves watching a toy unboxing) so was desperate to get her hands on some. Luckily for her she was sent two fabulous Hatchimals Royal Snow Ball Pixies to review so here's how we got on. 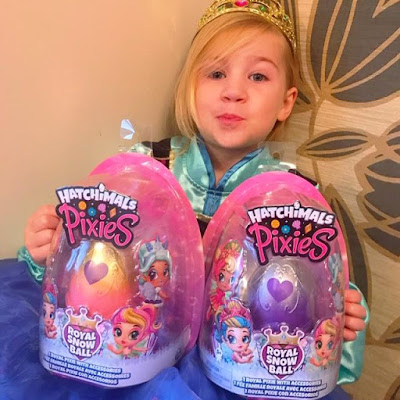 The Hatchimals Royal Snow Ball Pixies eggs are much bigger than the normal smaller animal type eggs. They are a good handful so perfect for kids hands. As you can imagine Harlow was dead excited so receive these beauts so she got stuck right in opening them. The actually packaging was easy to open, we just pulled the hanger tab at the top and it came away easily. For the actual eggs you rub the heart until it changes colour then you can push your thumb into it to break it open. 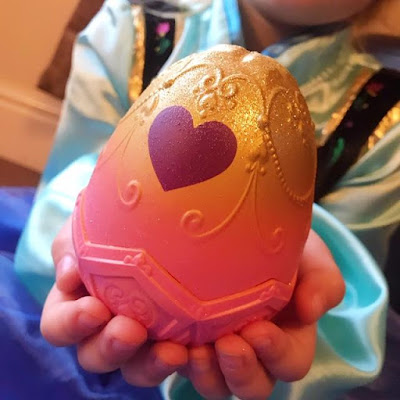 Once cracked you can peel away the shell to reveal your surprise pixie inside. I think that's one of the reasons Harlow loves Hatchimls so much, the surprise element really adds to the fun of the toy. There are 8 different Royal Snow Ball Pixies to collect in this series and they all look fab and super cute. Harlow managed to hatch out Peach Paulette and Polar Piper. Peach Paulette came out of the pink and gold egg and Polar Piper came out of the purple and silver egg. There's also going to be a mega secret surprise one coming soon so watch out for that. 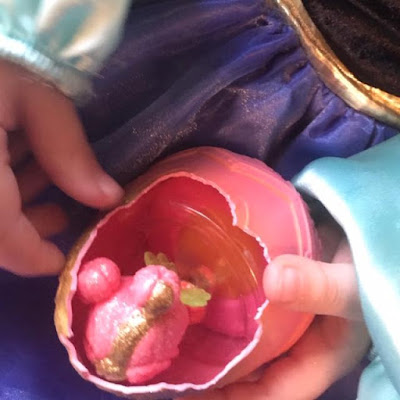 When Harlow hatched her Hatchimals eggs she was delighted to find her pixies inside with a little spinning dance floor, dance floor backdrop and a pack of accessories. Inside there were 3 items; a necklace, a tiara and a mask like you would wear to a ball. She also discovered that the pixies have magical fluttery wings! They're lovely and giggle around as you pretend to make them fly, such a nice touch. 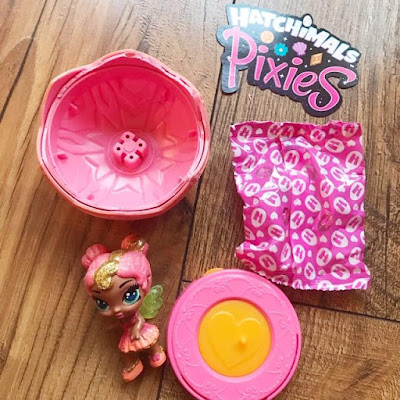 The pixies themselves have a lot of detail on them from sparkly glittery hair to dainty little shoes and gorgeous eyes. Harlow loves them and hasn't stopped playing with them. She's added them to her ever growing Hatchimals collection and has asked for more for her birthday. 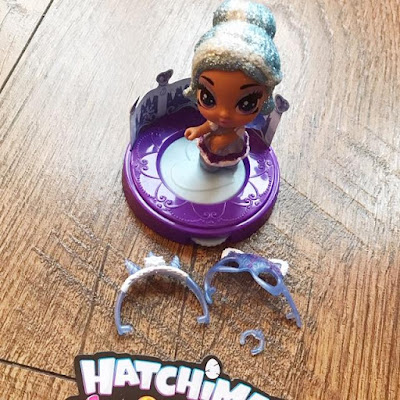 Unlike the normal small Hatchimals eggs that you don't keep, these Royal Snow Ball Pixies have a solid base on the bottom of their eggs which mean you can keep them to play with. It's so handy for putting all the accessories in then the dance floor on top then your pixie on top of that. Great way to store so nothing is lost or misplaced. 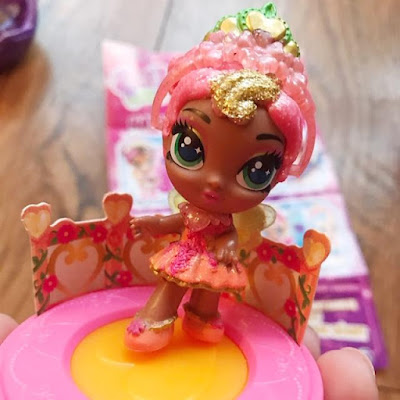 Hatchimals Royal Snow Ball Pixies retail for £7.99 and can be purchased from Smyths Toys Superstores. Spin Master have done an awesome job with them. They're honestly lovely and at that price make a great present. I think I might buy a few for Harlow's friends as it's almost birthday party time. 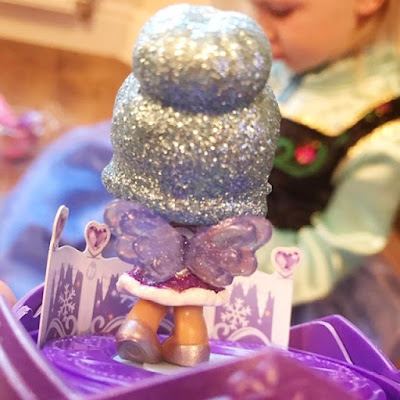 We were gifted these toys in exchange for an honest review. All opinions are my own.