Hands up! Who remembers watching Thunderbirds on the telly when they were younger? I remember being absolutely fascinated by the way the puppets moved on screen and the suspense of the story unfolding. It brings back great memories and ones which I can now share with my own kids as the new Thunderbirds Are Go series has launched on ITV/CITV for everyone to enjoy. Not only that, there's now a brand new Thunderbirds toy range being introduced from Bandai. Double the fun if you ask me. 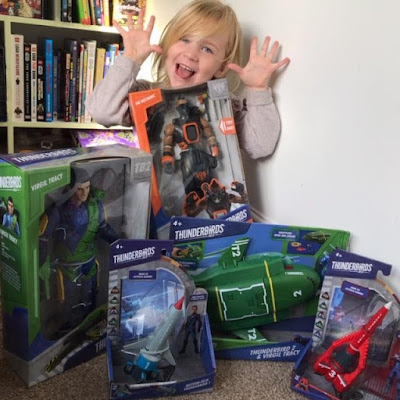 The kids and I were lucky enough to receive a lovely box of goodies to celebrate the new Thunderbirds Are Go series and I cannot wait to show you what we got. I think we'll go with the bad guy first of all, he's called The Mechanic. He is the toughest opponent international rescue have faced yet. An inventor who uses his creations to cause chaos, destroy and disrupt, the mechanic takes what he wants, from who he wants, whenever he wants it. He sounds like quite a mean guy doesn't he. He is a very cool large 30cm action figure though suitable for ages 4+ and has some lovely features such as sounds and phrases, search and destroy light, firing weapon and is highly poseable. All great for the kids recreating some action scenes in their own bedrooms. 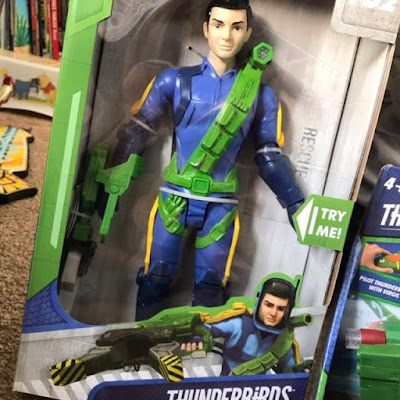 Next up is Virgil Tracy, he's the kind of guy who could probably stop The Mechanic. He's a skilled engineer and mechanic, Virgil's artistic and musical talents reveal a surprisingly sensitive side. This is probably what makes Virgil the peacemaker of the Tracy brothers, in spite of his 'tough-guy' appearance. Virgil Tracy is also a large 30cm action figure with cool sounds and phrases, search and rescue light and detachable rescue claw. These action figures retail at £19.99. 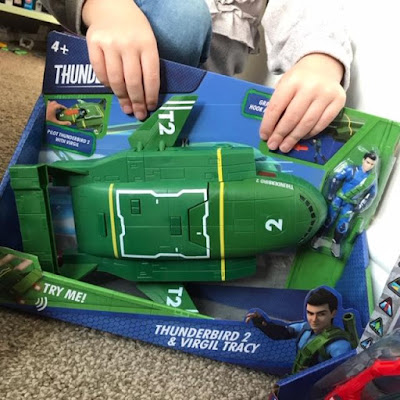 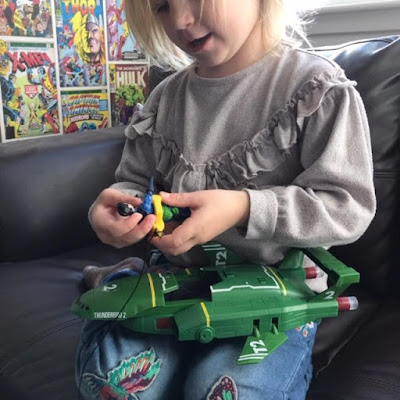 Last but not least is the Thunderbird 2 & Virgil Tracy rescue mission set. You get a Virgil Tracy action figure included which means he can sit in the Thunderbird 2 and pilot it. There's a grappling hook and zipline for daring rescues and some retractable wings and light up thrusters as well as some sounds and phrases. There's different rescue mission sets to collect and they retail from £16.99 to £19.99. 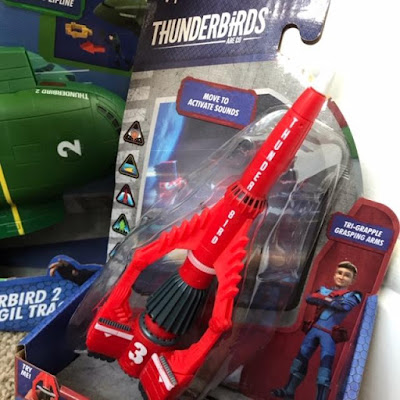 My kids loved all their Thunderbirds Are Go goodies. Harlow's favourite was the Thunderbird 2 & Virgil Tracy rescue mission set as she could use it to rescue her little animal figures and make up some cute games. Logan loved the motion tech vehicles as the sounds came on when flying them around. I think he liked that they reacted to his movements. I personally liked the 30cm action figures as they're sturdy and seem quite durable for small hands. 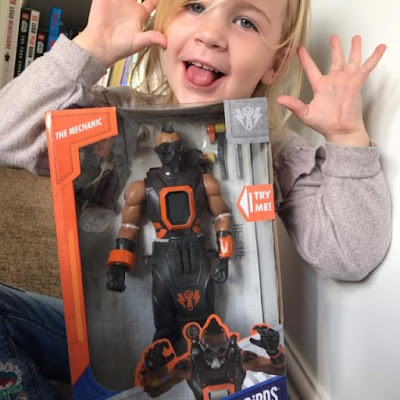 Overall everyone was happy with their Thunderbirds Are Go toys and have already asked for some of the other toys they don't have. That'll be going on the Santa list I think!


These toys were gifted in exchange for an honest review. All opinions are my own. Robozuna © 2019 ITV Global Entertainment Limited/KidsCave Studios Limited

0 comments on "Review: Thunderbirds Are Go Toys from Bandai"