We've still got a week and a half left of the school summer holidays here in Fife and it'll feel like a life time if the kids start getting bored, so why not pop along to Blair Drummond Safari Park for the day and keep them occupied? That's what we did on Friday and even though it was a rainy day that didn't stop us from having fun. 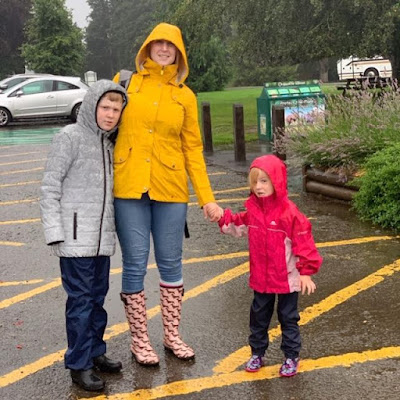 When we arrived we did our usual of driving round to see the animals in the safari first. I was surprised that lots of animals were still out and about even with the rain. One of the rhino's was charging around the field, they're so big and fast! They always stop and give us a curious look and I'm never too sure if it's because we're in a big white 4x4 or if its because Harlow has such a loud high pitched voice ha ha. Poor rhino. And speaking of rhino's this week was Rhino Week at the park with talks and the chance to win a rhino encounter! How cool is that. Blair Drummond always have special events on throughout the year so keep checking their website for details. We also braved driving round the monkeys! My logic was they'd be more subdued due to the rain and wouldn't wreck the car. Some how we survived and the kids thought it was great. 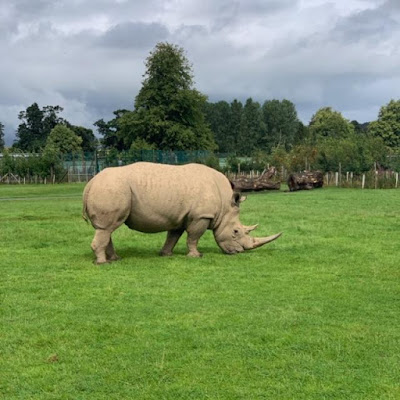 After having a nose around the animals we parked up and headed to Victoria's Pizzeria (beside the sea lions) to grab some coffees and ice cream for the kids. It might have been tipping it down but that wasn't going to stop the kids enjoying ice cream. There was loads to choose from and it kept the kids happy. We then took our seats for the sea lion show at 12pm. There's usually 3 shows per day so plenty of opportunity to go along. We all love the sea lion show and little 4 year old Oscar knows how to impress the crowd. Harlow was so excited when he jumped up to touch the ball. 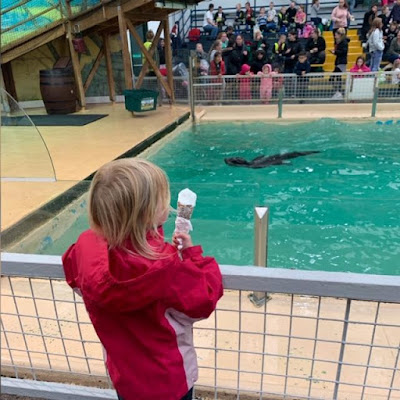 Next up was the play park. The kids had their waterproofs on so it didn't stop them for enjoying all the swings and play equipment at all. The smaller children's area is under a canopy anyway and the big kids wooden fort is dry when you go inside it which was perfect. The hubby pulled up a chair beside Harlow as she was happy playing in the sand and I joined Logan on the big fort. We then took the car and parked it beside the boat trips and jumped on to see Chimpanzee island. The boats leave regularly so you never have to wait long. 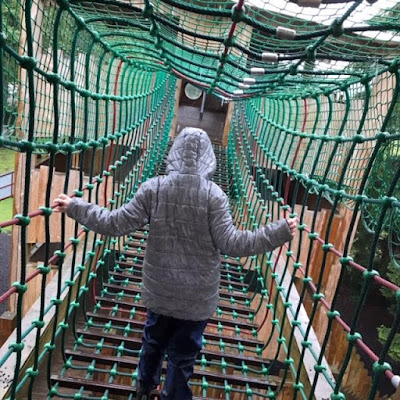 Lemur Land is just over the bridge from the boat trips so we walked in to see if we could spot any lemurs. Most were hiding but one brave little lemur was happy to have its photos taken with us which was really cute. It even had a big stretch and climbed around a bit, Harlow was so happy to see it. There's also some hogs, tortoises, mara and other creatures around Lemur Land so keep your eyes peeled for them. 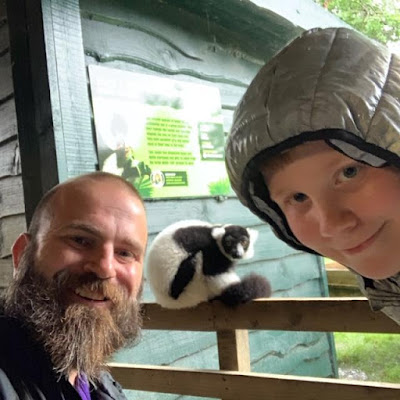 By this point everyone was getting peckish so we headed back to the restaurant for some grub. There are several food outlets in the safari park as well as picnic and a dedicated BBQ area so you can pick and choose how and what you eat. We chose the restaurant for easiness and a bit of a treat for the kids. They serve a wide range of breakfast rolls, freshly prepared hot meals, sandwiches, salads, cakes, coffees and teas. The hubby had the fish and chips which he really enjoyed and the rest of us had mac and cheese. We're such creatures of habit but love it so much. 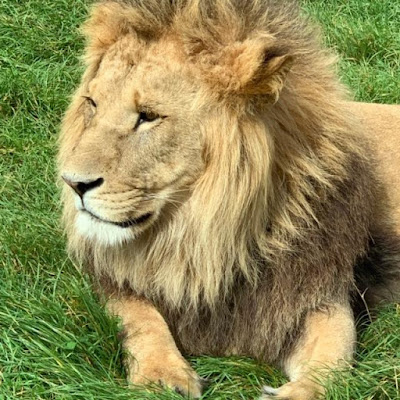 We decided to have another look around the animals in the safari stopping to look at the giraffes who had come out to feed. They're so beautiful and you get so close to them from the viewing platform. The rhino house is also under cover and you can get quite close to them as well. The weather had dried up by this point and more animals were out and about. The lions were right next to the track so we got an awesome view from the car window. They were so close you could touch them! Obviously don't do this as they will bite! We then drove on to see the camels and deer, who were happily grazing, before deciding to head home. 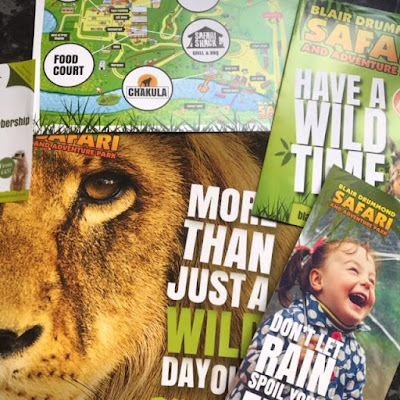 There's so much to do at the safari park we could have spent even longer there but the kids were getting tired so best to head whilst on a high note. Remember you can upgrade your ticket for a seasonal membership to Blair Drummond Safari Park which I think is ace because you can come and go as you please. A membership for 2 adults and 2 children costs £200 but a day ticket for the same costs £60 online and more on the door so after 4 visits you've saved yourself some pennies. Well worth looking into or even put it down on the Christmas wish list from Granny and Grandad.


I was gifted entry to the safari park in exchange for an honest review. All opinions are my own.