Monday morning saw me up bright and early and ready to start the day on a fantastic litter picking event with McDonald’s in Leven, Fife. Since 1982, McDonald’s has been collecting the litter that’s dropped in the local area around their restaurants and for the past 12 years they have been working with environment charities on bigger clean-up events across the UK. That’s why they decided to invite me along to take part in their local Keep Up The Clean Up Event to see exactly what it is they do. 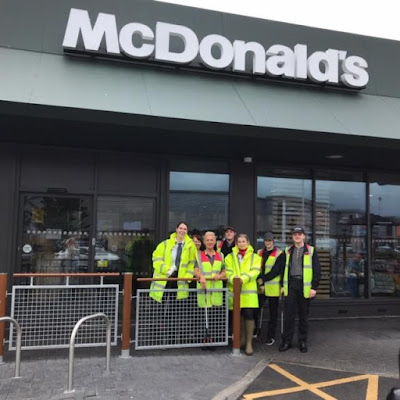 As some of you will have seen from my recent social media posts I asked you all to vote on an area in Leven that you would like to see cleaned up and it was a unanimous decision to clean ‘The Beachfront’. I was so happy that this was chosen as not only is it good to keep the beach area clean for the community but it really helps the local wildlife and sea animals. As a side note did you know McDonald’s are testing paper straws in restaurants at the moment, helping to reduce the amount of plastic used which is another win for marine creatures. Over 80% of their packaging is now recyclable and they are committed to having 100% recyclable packaging by 2025. I think that’s a great aim to have for the future. The planet needs it and big companies taking the lead will help pave the way. 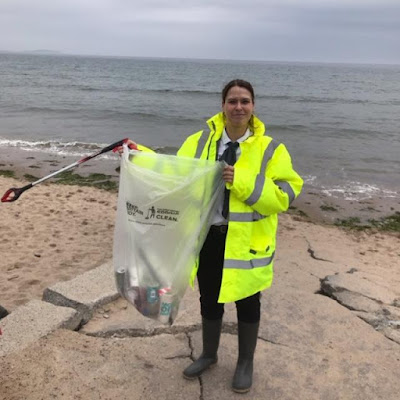 On the day of the litter pick I arrived at McDonald’s and was greeted by the lovely manager, Vickie, who introduced me to the team and got me set up ready to start picking the litter. We had our hi vis jackets on with bags and pickers at the ready and off we went. We headed straight to the beach front and got stuck in picking up any litter that we could find. Lots of members of the public approached us to ask what we were doing and also to commend us on such a humble task. We found a few unusual items on the beach including banana swimming trunks, a pair of trousers and a very broken umbrella. One little boy watched on as the umbrella was pulled from the water and declared “they’re saving the turtles!!!”. It was nice to see everyone was very happy with what the McDonald’s team were doing for their local community. 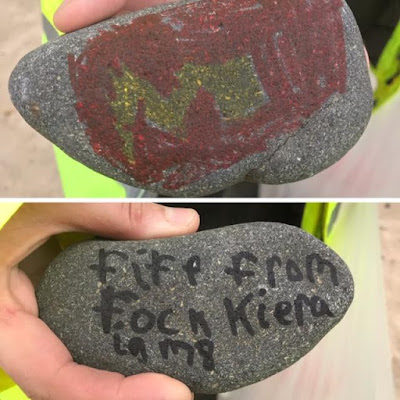 Further up the beach a little girl was so impressed with our efforts she made the team a McDonald’s stone to keep which was just lovely and very sweet of her to do so. It was great that children were taking note of what we were doing as I believe education from a young age is key on this topic and that’s why McDonald’s believe that recycling shouldn’t be a chore. They’ve made it easier for you in their stores to get recycling right. Since 2015 McDonald’s have installed recycling units in over 1,000 of its UK restaurants, so it’s easier to separate paper cups and plastics for recycling. The Leven McDonald’s is only 6 months old and has these recycling facilities so there’s no excuse not to get involved. My daughter loves helping to separate the recycling when we pop for lunch so I really like it. 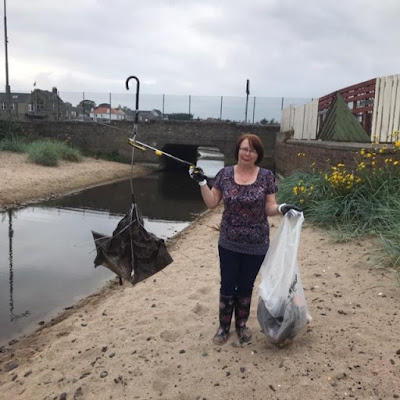 The team of volunteers worked so hard on the day of the litter pick and half way through we had already collected 10 bags and by the end we had at least 18 bags collected! Everyone on the team was very dedicated and really enjoyed taking part. There was a lot of pride in what they were doing and they hoped that they could have the local community help out in future. A few people stopped us to ask to join in, a mother and her children and a retired couple, so it made the volunteers even more determined to make this a community event for the future. 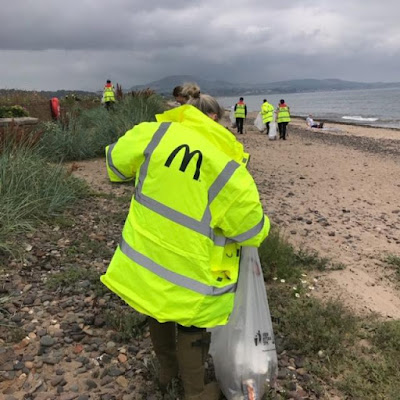 The McDonald’s staff themselves do daily litter picks around their own restaurant to keep it clean and tidy and I can confirm it definitely was indeed super clean. Lots of McDonald’s restaurants up and down the country are taking part in this brilliant KUTCU campaign so be sure to look out for your local event and get along to join in. All are welcome. 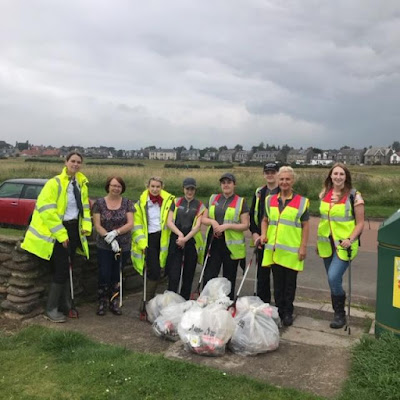 This post is part of a paid project with McDonald’s UK and BritMums, promoting McDonald’s Keep Up the Clean Up campaign encouraging local communities to take action and work together to tackle litter in their area.

5 comments on "KUTCU Campaign with McDonald’s Leven in Fife"

What a great thing to do! I love that you got your own rock made as well!

This is such a great thing to do and something I think we all need to do more of. xx

The little girl who made the rock was so sweet :)

Thanks Susan, it really is such a good thing. Hopefully see more of these in future xx

I think these events are brilliant. It's a sad fact that there is a lot of little around and the more business's like McDonald's can work with the community to improve the situation the better. Looks like your event was really successful