It's finally the school Summer holidays and I'm looking for lots of different ways to keep the kids busy, occupied and not fighting with one another! So when the lovely people from Tactic got in touch to see if we'd like to review their fab new game, Doodle Doo, I couldn't resist. 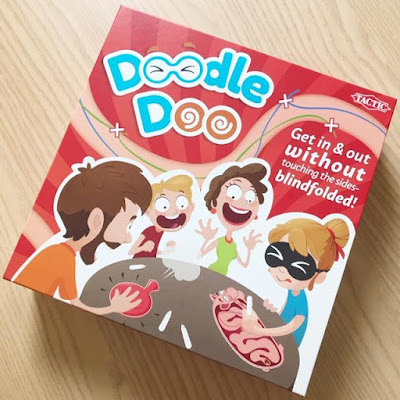 So what's it all about? Well Doodle Doo is a fun new board game which you play blindfolded! Cover your eyes with the mask and draw your way through a mealy maze. Each game board has an easier and more challenging gut maze to test your blind drawing skills to the max. Whenever you pen hits a wall, your journey is over until your next turn. It's simple and fun but not as easy as you would think. 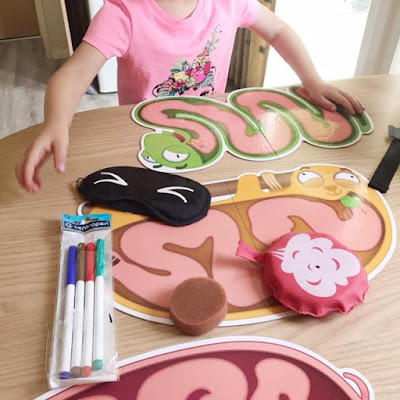 Included with the game are 4x double-sided game boards with 8 tracks to try out, an eye mask, 4 whiteboard markers, a sponge, a whoopee cushion and a set of rules. This is a family game aimed at ages 6+ years with between 2-4 players. Each game will last around 20 minutes and with 8 different tracks to try it'll keep the kids entertained for ages. 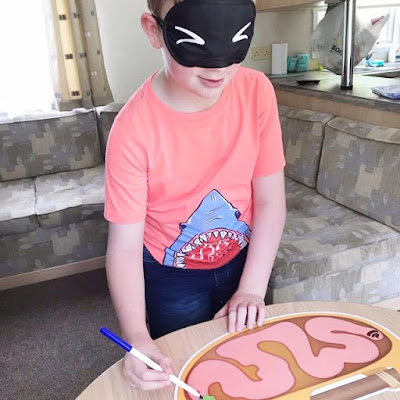 I took this game with us on a recent road trip and we had such a laugh playing together. Logan got the hang of it straight away and so did Harlow even though she's only 4. We picked a colour of pen each, took it in turns with the eye mask and away we went. The kids took it in turns to hold the whoopee cushion and squash it when anyone hit the side of the gut maze. Any mistakes were quickly moped up by the included sponge so all was good. 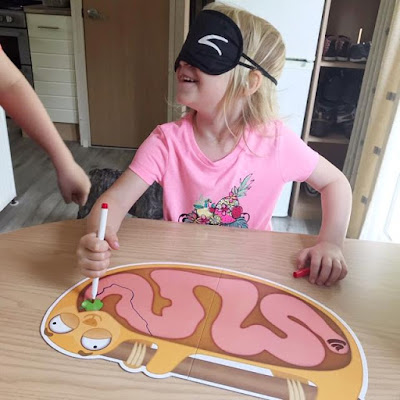 It's a lot more trickier to follow the gut maze on the animals than I first thought. Each different animal has an easy side and a hard side with increasing leaves of difficulty depending on the animal. For example I thought the snake wasn't too bad but the cow was super hard! It's good that you have options to choose from though. 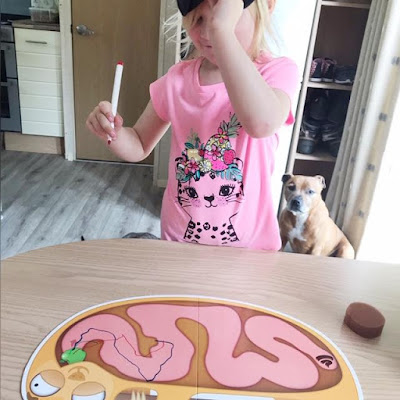 So what did we think of the game? Personally I loved it because it's such an easy concept for kids to grasp and follow as soon as you open the box. It's fun, makes everyone laugh and generally just have a great wee time together as a family. The kids loved it because it had the eye mask to cover your eyes as they've never played a game like that before and of course the whoopee cushion. You can't go wrong when you present a whoopee cushion to kids so that's definitely a winner there. 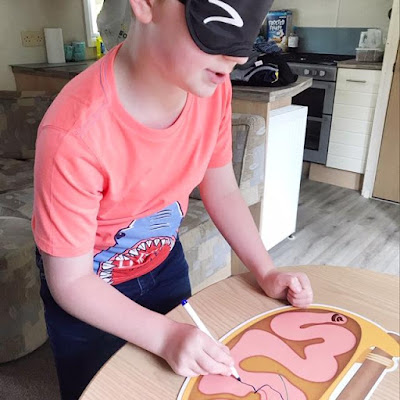 Doodle Doo retails for around £22.99 and it's a great family game to play especially at family gatherings such as birthdays, BBQ's and Christmas. One of my lovely friends even suggested it would make a great adult drinking game for when the kids have gone to bed, ha ha. So much diversity in one box! 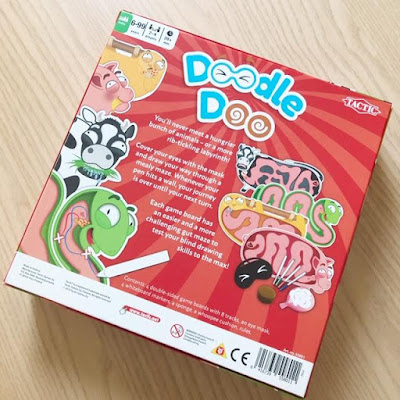 We were gifted this game in return for an honest review. All opinions are my own.

I can see why this game creates a lot of laughs. Both my daughters would love this. I can see it being a big hit both at home and on our travels

That is a great set. I can see how this would appeal to loads of kids x