Saturday afternoon was a bit drab and dreary in Edinburgh however we were on our way to the Usher Hall for a fantastical musical treat! We'd been invited along to view an uplifting new show - Wallace & Gromit's Musical Marvels Tour. I'm not sure who was more excited, me, the kids or the husband. We all couldn't wait to take our seats and immerse ourselves in the world of Wallace and his canine companion Gromit. 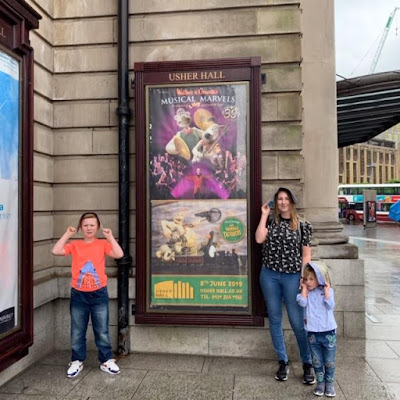 So what's the show all about? Well it's an interactive experience which features specially created never before seen Wallace and Gromit animations with a live orchestral accompaniment - The Picture House Orchestra. There's lots of different escapades from the cheeky musicians as well as some fab laughs from presenter Matthew Sharp. And if that wasn’t enough, for the first time ever, you can also enjoy the Academy Award winning Wallace & Gromit film The Wrong Trousers with live orchestral accompaniment. It was all very uplifting. 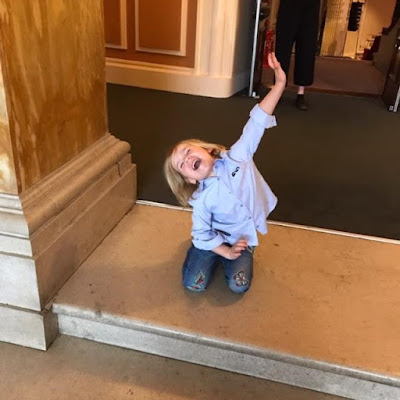 For the first half of the show we watched as presenter Matthew Sharp entertained the crowd with his antics and interacted with Wallace and Gromit on the big screen, who were back stage. Wallace prepares to perform his musical masterpiece My Concerto in Ee Lad with help from the every faithful Gromit but things never really go to plan do they! 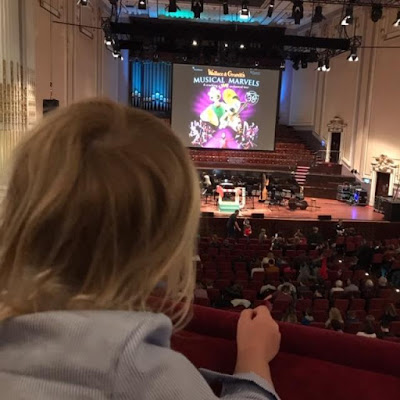 The audience were lucky enough to be treated to some fabulous pieces of music from Queen's Bohemian Rhapsody to Don't You Worry About A Thing and the all famous Wallace and Gromit theme tune which got everyone clapping and cheering. Live music really is amazing and the kids were enthralled by it all. Watching some of Wallace and Gromit's hilarious chases and funny moments, as well as Wallace's love interests was so wonderful. To have some even more beautiful music played alongside was just lovely. Cut To The Chase written by Daniel Whibley was a new piece written especially for the show which is so nice. 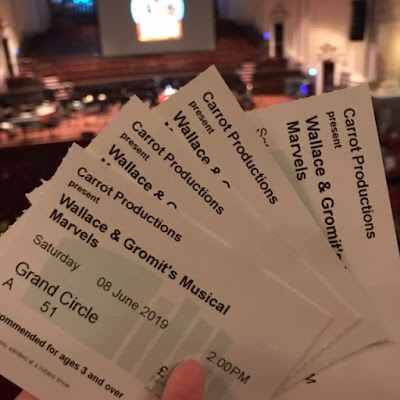 I loved when the presenter took the stage video camera and went round the different members of the orchestra so we could see how they were all dressed and what instruments they played. The kids loved pointing out their favourites on the big screen and it was nice to give the people the recognition they deserved for such lovely music. Harlow was having fun jumping around and dancing too, the music spoke to her on so many levels. 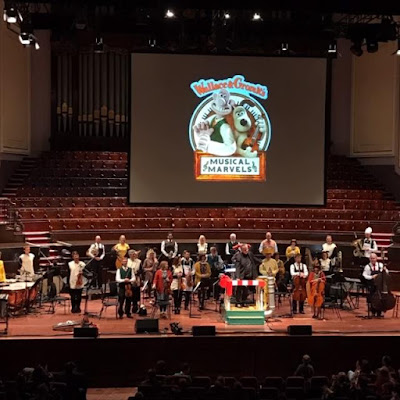 In the second part of the show is a screening of the famous The Wrong Trousers. We've all watched it so many times at home but there was something special about watching it in a theatre with live music. It made it all the more exciting especially for the children. A totally new experience and one which will be fondly remembered by us all. 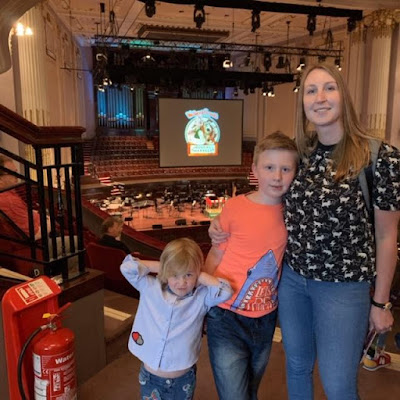 It was definitely a grand afternoon out which I'd recommend to friends and family of all ages. Wallace & Gromit's Musical Marvels Tour will also be appearing at the Edinburgh Festival on the 15th & 16th August at The Pleasance so book tickets asap to secure your space. It's been shortlisted as one of the shows you just have to see so I'd get in quick.

I was given a family ticket in return for an honest review. All opinions are my own.