When you hear the word Schleich you think of good quality children’s toys which are strikingly beautiful whilst being so robust that they’re made to last. The new Eldrador creatures being added to the current collection fit right into that category nicely. My son was lucky enough to be sent 4 of these brilliant mythical beasts to review and he couldn’t wait to get his hands on them. Aimed at ages 7-12 years old these figures are perfect for collecting or playing with. 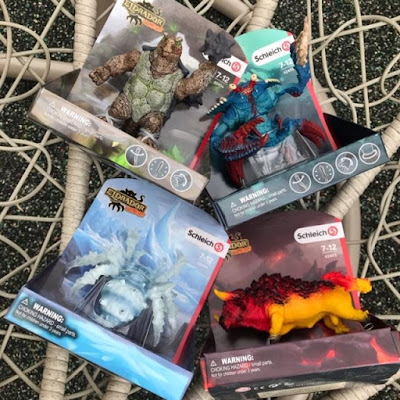 As with all the fabulous Schleich creations there’s a wonderful back story to ignite the imagination. It seems to be all about the Super Weapon in Eldrador and all the creatures want to posses its power. Here’s the tale so far: “From the four worlds of Eldrador, the lava world has managed to get hold of the super weapon. This provides the hot-headed creatures with an evil power that they can use to rule the other worlds of water, stone and ice. Only by seizing the super weapon can the others manage to save their own worlds. But this is not so easy! The weapon is stuck in lava rock deep inside the lava world and is being watched over by the red-hot fire lion! So they can possess this power themselves and put a stop to the lava world, the best and strongest warriors from the water, stone and ice worlds are entering the battle to regain their worlds. A fiery pursuit of the super weapon ignites – and grips all of Eldrador. The frost monster – not generally a fan of hot temperatures – is the first to make it into the depths of the lava temple. Will he manage to knock the fire lion out cold?” 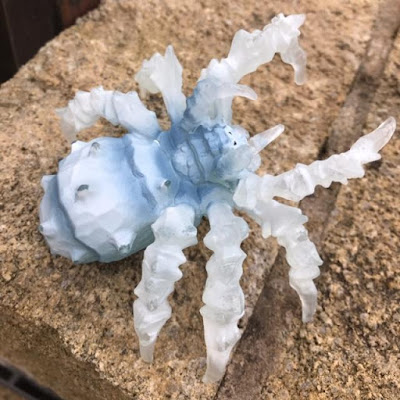 How exciting does that sound! My son read this himself and was buzzing to get the creatures he was sent out of the box. So what did he receive? Well he got a Fire Bull (£9.99), an Ice Spider (9.99), a Battle Crab with Weapon (£14.99) and an Armoured Turtle with Weapon. All four of these creatures are brand new to the Eldrador world as well as the Lava Scorpion and Ice Griffin. So 6 new beasts to get your hands on. As you can imagine the attention to detail on these figures is second to none. They really have been well made and they’re a great size for small hands. I feel they’re quite sturdy and my son found them easy to move around and act out his epic battle for the super weapon. 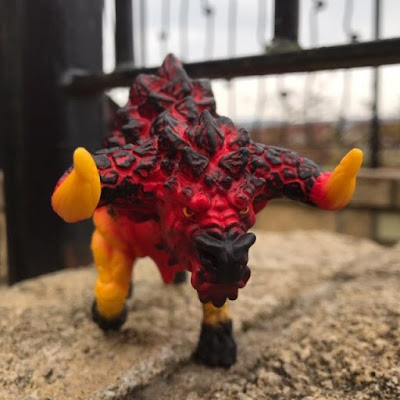 Each of these creatures has a lovely description to give your child an idea of where they live and what their personalities would be like. For example the Ice Spider can be found in the labyrinthine caves of the ice world where it awaits it’s victims. One bite from the spider is enough to put opponents on ice for a very long time. If the spider ever finds itself surrounded, it keeps a cool head: with its eight eyes, it can keep multiple opponents in view simultaneously and defend itself against them. Schleich also provide a fun fact which is just fab. Did you know that is the Ice Spider spins its webs too quickly, it gets its legs tangled up. That puts it in an even worse temper! Love it. 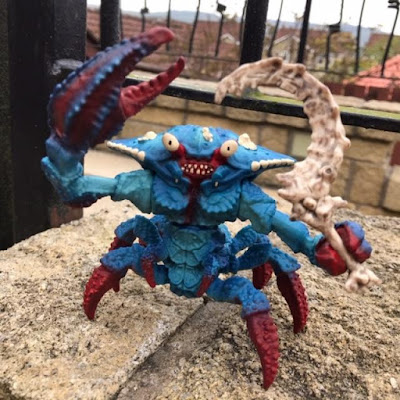 The Ice Spider and Fire Bull are fixed figures meaning they cannot move however the Battle Crab and Armoured Turtle have some manoeuvrability which is great for battles.  The Battle Crab has a fully rotating upper body with movable wrist and arms. It also means you can swap the weapon into the opposite hand. The Armoured Turtle has moveable arms and wrists and the weapon can be swapped too. 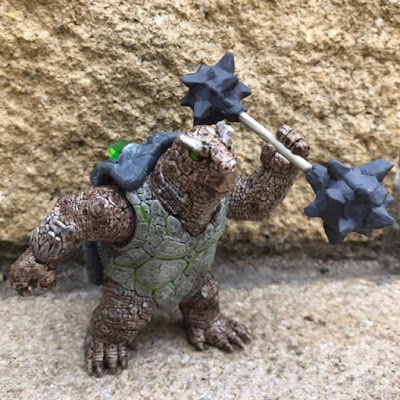 So what did we think of these new Eldrador creatures? Well my son loved them and I was pretty impressed with them too. They’re fantastic for children with active imaginations and who love the world of myths and legends. I would have absolutely loved to receive these as a child myself and so I can see how they really do appeal to inquisitive minds. My son has already been scouting out the other figures in the range and reading up on what they do. I think he’ll be adding a few to his birthday wish list. 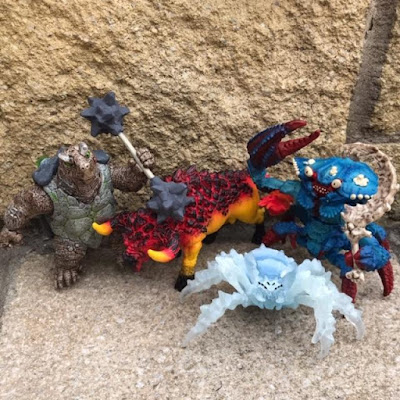 You can find the Schleich Eldrador Creatures from a wide variety of retailers including Smyths Toys.


This is a collaborative post. All opinions are my own.

pokemon spielzeug Thanks for a very interesting blog. What else may I get that kind of info written in such a perfect approach? I’ve a undertaking that I am simply now operating on, and I have been at the look out for such info.