Breastfeeding in Public. What's the Problem?

There have been so many stories recently of breastfeeding women receiving negative comments for breastfeeding in public. I for one really can't see the problem with breastfeeding in public, it just doesn't make sense why someone would complain about it? It's a natural thing to do, you don't go mad at a cow in the field because it's letting it's calf suckle and you don't berate a new mummy dog when you go to see it's new puppies because it happens to be feeding them when you visit. So why do some people feel the need to make nasty comments or give the evil eye to breastfeeding women in public?

Lets be honest here, boobs are meant for feeding babies. That's probably the only reason why women have breasts. Unless there's some other scientific reason why we have boobs then please share. Anyway, I could understand if someone started changing a smelly nappy when you were eating that you might get a bit annoyed as well no one wants to see or smell poo when they're eating plus it's a bit unhygienic. However with breastfeeding you don't seem much at all. The boob used for feeding is covered by babies head and most women wear nursing tops which cover boobs and tummy so baby only has a small area to latch onto and nothing shows. Boobs are pretty clean too, unlike a dirty nappy, they're just like any other part of your skin and won't give anyone a disease so nothing to worry about there. And a big one for me, I'd rather a mother had the chance to happily breastfeed than hear a poor hungry baby screaming. I mean come on, it’s not like breastfeeding mothers are getting their vajayjays out in public!

One of the main issues I think these days is that breasts are too sexualised in our society and it’s a shame that some breastfeeding mothers fear the public's reaction to them whilst feeding out and about. It really isn't fair. Breastfeeding mothers only want to feed their babies, they're not getting their boobs out in public for any other reason. It's not like they've had one too many drinks and decided to flash you. I don't understand why people can't just look away if they aren't happy and just not stare. There's things I see every day which I don't like, and I'm sure you do too, but I don't feel the need to comment on every single thing I see.

What good are you really going to do by shouting, saying nasty comments or giving a dirty look to a breastfeeding mother anyway? She's already emotional and breastfeeding is hard enough as it is without your stupid opinion. You're going to make her feel horrible about herself, like she's doing something wrong when it's only natural. She'll lose confidence in herself and might not leave her house for fear of what someone else will say because breastfed babies feed frequently and need to eat. She might question her ability to parent and ask herself has she done the right thing by her baby. You might even tip her over the edge and send her into an emotional spiralling depression. Who knows, anything is possible. One thing I do know is that when it comes to breastfeeding mothers unless you're going to say what a fantastic job they're doing then shut your useless mouth and keep your crappy horrible opinion to yourself.

One of my favourite quotes that totally suit this matter from Disney's Bambi is: "If you can't say something nice, don't say nothing at all" 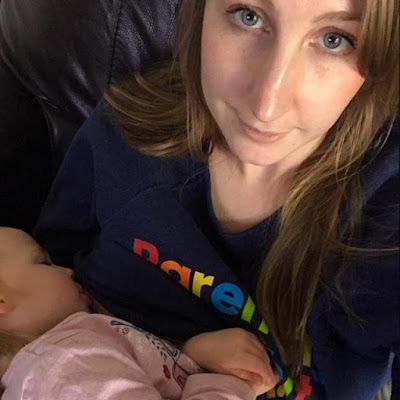 0 comments on "Breastfeeding in Public. What's the Problem?"