Our Summer Holiday Trip to Leicestershire with Stay Play Explore

Last February I booked the family up for a little trip down to Leicestershire. We loved it so much that for the start of the school holidays this year I booked us up again. You might be thinking "what's so fabulous about Leicestershire?" however if you book up with the lovely Stay Play Explore team then you get an amazing deal plus entry in to 3 different attractions for a family of 4. 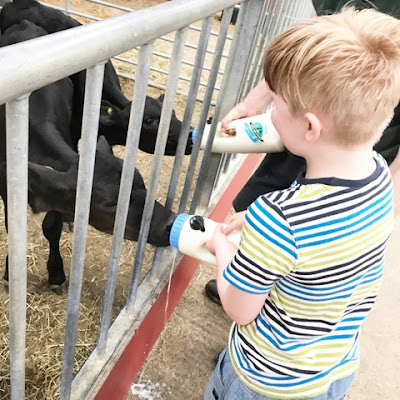 I choose to book at the start of July since the English school holidays hadn't started yet. This meant it would be a bit quieter for Logan when exploring the different attractions. I picked the Sketchley Grange Hotel again as we all really liked it last year plus one of the other hotels I considered said it's swimming pool was shut for refurbishment and I didn't want to disappoint the kids. I'm glad we went back to the same hotel though as the room we got was newly decorated and massive! It had two large double beds and a big bathroom with separate bath which was perfect for us. 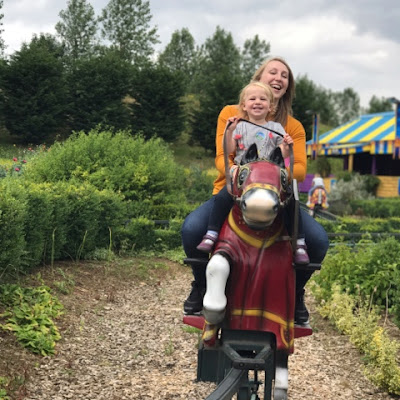 For 3 nights accommodation, plus breakfast each day plus entry into 3 different attractions it cost us only £299! I think you'll agree for a family of 4 that's a total bargain and well worth the travel time of around 6 hours from Fife, Scotland to Hinckley where the hotel is. Our travel time includes a pit stop for lunch and fuel at Tebay Services for around 45 minutes to an hour so it's pretty decent I think. 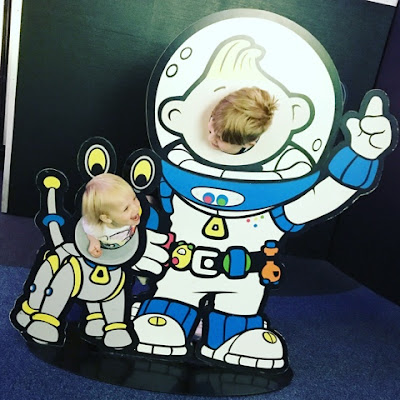 This year I let Logan choose which attractions we could visit and out of the 9 available he went for the National Space Centre and Twinlakes Park. We had lots of fun at Twinlakes last year so it's no surprise he wanted to go back. We only managed an hour at the space centre last time though so he was eager to get back there asap and explore. Since we were there for 3 nights I decided only to visit 2 attractions so as not to rush ourselves. The good thing about the tickets is that you don't have to use them all at once as they don't expire till the end of the year (31st December 2017) so you can always take a family trip back at some point. I'm sure I still have tickets for Drayton Manor hanging around as well so I'll book up another visit to that plus our last attraction. 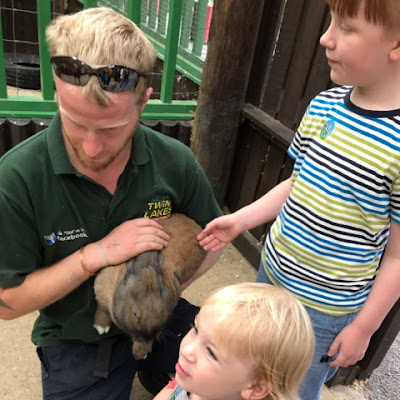 When we first arrived at the hotel we checked in, dumped our stuff in the room then headed straight to the swimming pool. The pool is open till around 7pm so we had plenty of time to enjoy it. The pool is massive as well with a sauna, steam room and jacuzzi to use also. Another good thing is you don't need towels as they're provided by the leisure facility at reception and no need for money for the lockers as it's a simple key which you get given as well. You just need yourself and your swimming costume. 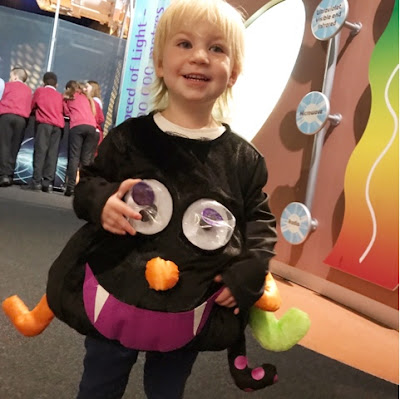 Once swimming was done we headed back to the room and ordered room service as we were all too tired to go anywhere else. I ordered a piri piri chicken burger, as did Logan, and the other half picked an Aberdeen angus burger. Harlow shared our chips and burgers when they came as she wouldn't have eaten one on her own. They were really tasty. 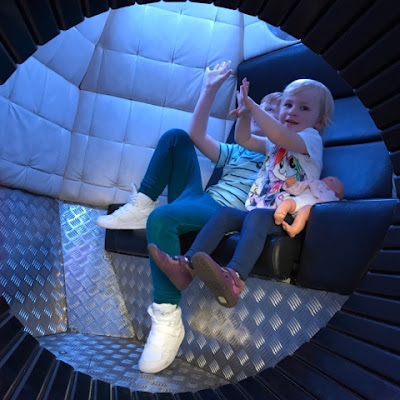 For our first full day in Leicestershire we headed straight to the National Space Centre which was open from 10am to 4pm. Logan was buzzing with excitement and couldn't wait to explore. I thought it would be really quiet however there were a few school groups in so busier than expected. It didn't stop us having a great time though and Logan chatted to a few of the school kids so he was quite happy. There's so much to see and do at the National Space Centre that we stayed there for the full day. We even had lunch here which came to a reasonable £16 for all of us. That was including a hot dog, brie, bacon and cranberry baguette, juice for everyone, crisps, sausage rolls, yogurts etc. My favourite part was the Planetarium which showed a video called We Are Stars. It basically explained how we developed from the stars and was so educational. Logan's still talking about it. All the stimulation did get a bit much for Logan in the end but he soon perked up when we traveled back to hotel for more swimming fun. 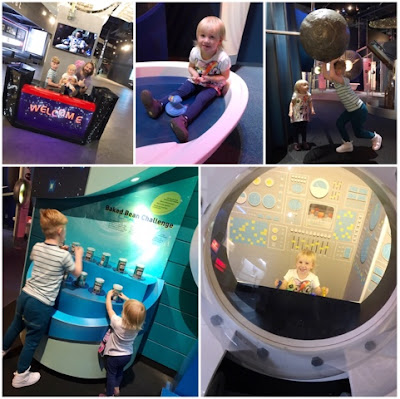 Our second full day saw us having a trip to Twinlakes Park. Again I thought it would have been quiet but there must have been about 4 or 5 school groups in. This worked in our favour though as Logan had someone (or loads of kids) to play with in the Bucaneers Island Zone. It has a huge soft play type area up the stairs which consists of lots of soft balls and guns to shoot them with. He loved it and the kids he played with accepted him in which was great since they were all in large groups. 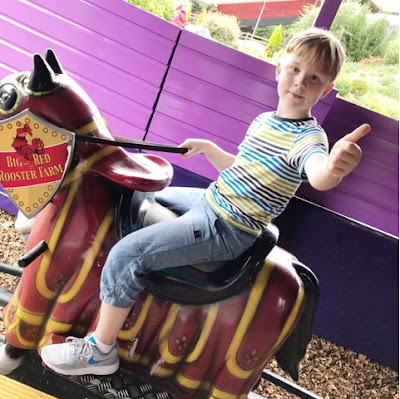 After having explored the rides around the park we headed to the Red Rooster Zoo Farm as Harlow adores animals. We were lucky enough to turn up when one of the keepers was feeding the ducks so the kids got to throw some food in and hand feed the ducks. They loved it of course and we got chatting to the really nice keeper, James, who kindly asked if Logan and Harlow would like to meet and handle some of the animals. It was so super nice of James and the kids were really excited. They got to meet the resident albino skunk, a very amorous ferret, a giant rabbit along with tiny little rabbits and some gorgeous guinea pigs. As if the kids weren't lucky enough to receive that fab VIP treatment James asked them to come back later so they could hand feed the baby calves and lambs! James, if you're reading this you're 100% first class and definitely an asset to the Twinlakes team. You made the kids day and in turn made mine as well. So a big thank you from me and the other half. 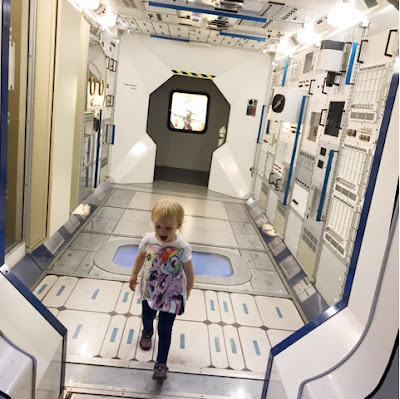 We all had a really brilliant time at Twinlakes and finished the day off with some reptile handling. We were there from 10am when it opened till 5pm when it closed and tried out everything possible and enjoyed it so much. There are plenty of places to eat and drink here and all are reasonable. There's a big outdoor play area as well which is quite new and it was nice to see they're building some new rides to make the park even better.

On the third day of our stay it was time to eat our last tasty breakfast, pack up and head home. I couldn't believe how fast our little break had went but we all had a fantastic time and will definitely be booking up again soon. 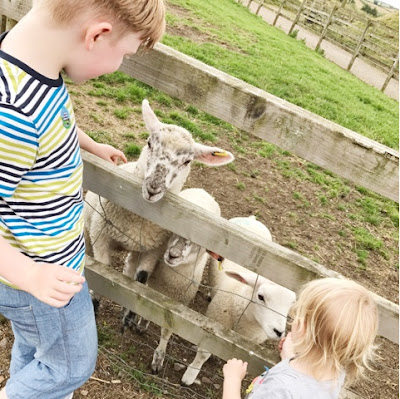 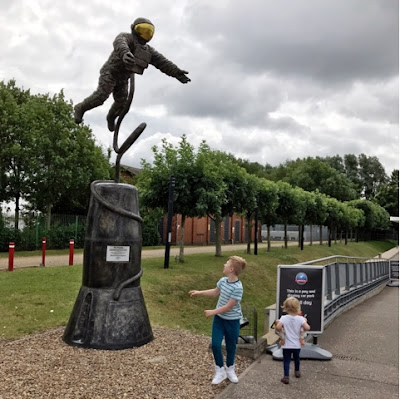 wow what a fun time!! one of the things i want to do when we get a car is have time away with the family, love the photos xx

I've never heard of this group - gonna have to check it out as we're Leicestershire :) xo

Fantastic isn't it Gee, well worth every penny x

Hope you get a car soon Sarah, you'll have so much freedom when it comes to trips. Bet you can't wait.

Do check it out Sophia, we've booked twice now and it's fantastic.

Sounds like you packed plenty into your trip. Not an area of the country I'm familiar with #triedtested

This looks like a fantastic place to visit. I've never been here before, but adding it to my list x

Yeah we packed lots in Mrs P, kids loved it.

It was fab Susan, well worth a visit and such a great price :) xx

Wow this looks like a great place to visit - so much to see and do which always makes my boy happy. Thank you for joining in with #myfamilyadventures