As parents of autistic children will know, autism aids can be of great benefit to their child in the present and in the long run. Over the past few years the other half and I have learnt which aids help Logan the most and which don’t work so well. Of course we’re still learning and Logan changes as he grows older so there will always be something new to come. However I’ve put together a little list of current autism aids which seem to work for us. Hopefully they help you too.

Chewigem – for the need to chew
Chewing can help relieve anxiety in people with autism as well as acting as a calming aid or something to fidget with as a distraction. Chewigem offer a wide range of amazing chew pendants, bangles and other designs to suit all ages. Logan has a few button pendants himself which he uses every day at school. They really do help although he has to be reminded not to twirl them in the air every so often. I’m surprise how long they last as well as Logan is a heavy chewer but these have stood the test. 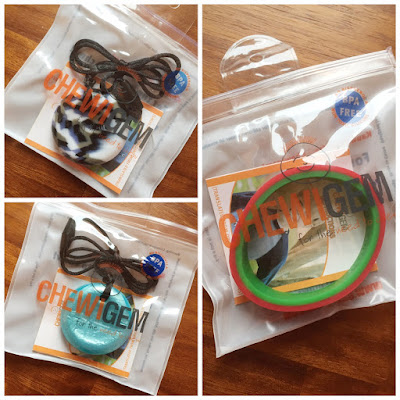 Sensory Lights
There's tons of different sensory lights on the market at the moment. Some of the more specialised ones can cost a fortune but you can easily pick up some good ones from places like Argos and Amazon for a fraction of the cost. Logan has this awesome laser sphere lamp which changes colour and shows cool laser patterns on his bedroom ceiling at night. He literally uses this light every night and it also makes a soothing humming/ white noise sound which actually helps him fall asleep.

Room in Room Tent
Sometimes at night time Logan can often feel scared, I'm not sure if it's because he's got an over active imagination or if it's because his large room can look a bit scary in the dark. The other half found these cool bed tents on kickstarter a little while ago so placed an order and awaited it's arrival. The idea being it would make Logan feel more secure in bed at night time. They really are awesome and Logan loves his new tent, it's helped too which is a bonus. 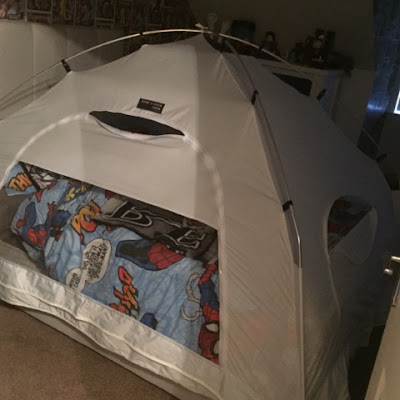 Sand Timer
When Logan was younger he really struggled with moving from one activity to the next. He just couldn't finish an activity without a meltdown even if the next activity was the most amazing thing ever. So to help combat this and also stop the stress for Logan we started using sand timers. You can purchase small ones from the pound shops easily or of course a quick search online will bring up a host of different options.

Hair Burshing
Most children hate having their hair brushed as it can sometimes hurt but it's always been 10 times worse for Logan. He wouldn't let us use normal brushes on his hair so when AirMotion Pro sent me one of their brushes to try it was a break through! For some reason the different length of the teeth in the brush help to stop the hair being pulled when you have a tug. It's brilliant and makes hair brushing time much easier. 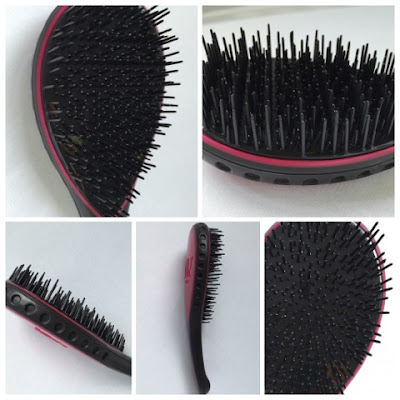 Ear Defenders – EDZ Kidz
Busy noises places and autistic children (and adults) don’t always mix well so to help ease the anxiety I often offer Logan his EDZ Kidz ear defenders to wear if he feels like it. Sometimes he will and sometimes he won’t. I’ve noticed as he’s getting older he doesn’t want to wear them as much as they make him stand out and he is becoming aware of this but they still come in handy. There's also a cool jigsaw patterned EDZ cap which you can click over the ear defenders, it's like the autism symbol to me.

So these are some of the things that really help Logan with his day to day activities. There's lots of other things out there that help as well but I'll leave them for another post. I'd love to hear what helps your child or even yourself as the adult.

These aids are great and I'm glad you've found some things that help Logan.
I think the sand timer would help my grandson get ready for changes - like going home or to bed and he would love the bed-tent too :-)
#bigpinklink

These look great. I think that each child must be different, but it is good there are these out there. Fantastic range. xx Thanks for linking up #bigpinklink

They really do help Suzanna which makes all the difference. Sand timers are amazing and well worth investing in :)

Thanks Susan. Yeah everyone is different, it's whatever helps that individual :) x

We have absolutely all of these! Very useful products. Thanks so much for linking with #SpectrumSunday. We hope you join us again :)