You really can't beat a bit of Disney. It has everything the kids love from a good story, interesting characters and plenty of imagination. Throw into the mix some ice skating and you've got a recipe for super fun times. Last year we were invited along to the Disney on Ice Frozen performance and this year we've just been to watch a spectacular show featuring 100 Years of Magic! 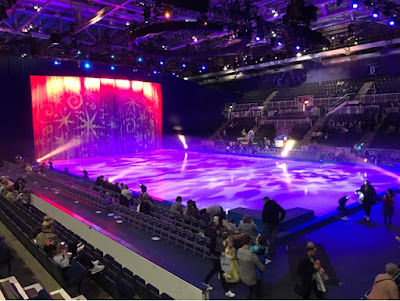 Like the last show I left Harlow with her Granny and Grandad as she's just a little bit of a diva, terrible twos, and doesn't sit still much. Logan however couldn't wait to attend the show and was raring to go as soon as he got in from school. The show started at 6.30pm so it was a quick change of clothes, snack and then we were off through to Glasgow's Braehead Arena. 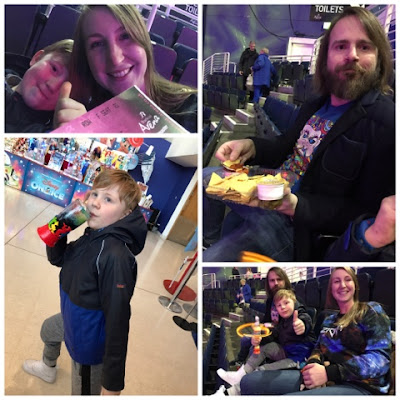 The Braehead Arena is within the Braehead shopping centre so everything was very well sign posted plus there was free parking which is a bonus. The 3 of us walked through the shopping centre to reach the arena which took minutes and when we got there Logan was really excited with the buzz of the atmosphere. There were lots of Disney stalls selling all sorts of different goodies from soft toys, slushies in flashy cups, spinning toys, wands, popcorn etc. Plenty for your Disney crazy little ones. 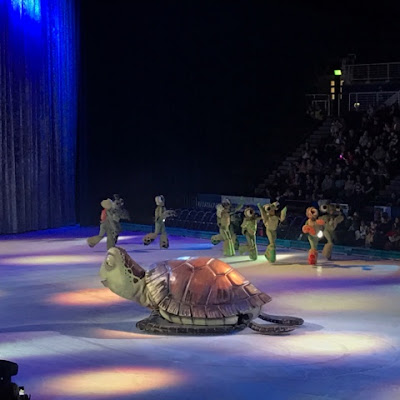 After purchasing a few obligatory goodies for Logan we headed to our seats ready for the show to start. The seats we had were amazing, Block H Row F, where you could literally see everything. There were a few crew members preparing the ice before the show began which kept Logan entertained then before long Mickey and Minnie were out on the ice. 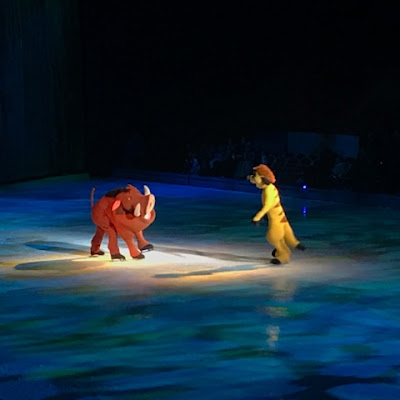 Instead of a full story this time it was little snippets of some really popular Disney tales. There was Pinocchio, Nemo, Beauty and The Beast, Frozen, Toy Story, Mulan, The Lion King and Aladdin. All were really well done and since Logan hadn't seen some of the films he was eager for us to get them for him so he could watch the whole thing. 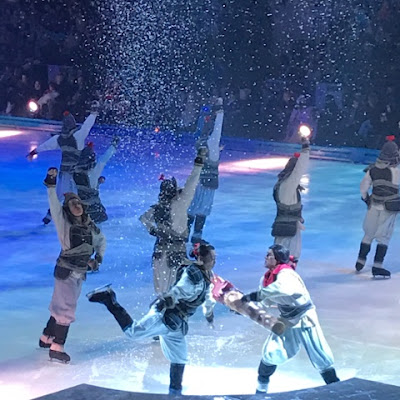 In the middle of the show they had a sort of princess piece where Cinderella, the Little Mermaid, the Princess and the Frog, Aladdin, Rapunzel and Snow White came out with their prince charming's. I thought this was brilliant and so different to see all the princesses together. 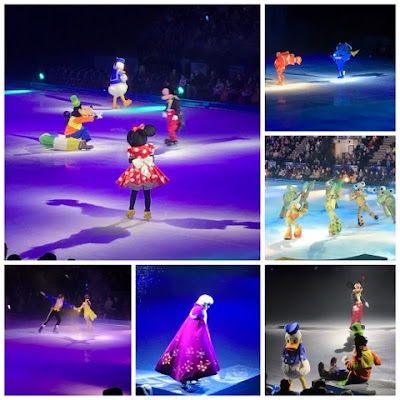 Logan's favourite part of the show had to be The Lion King story as the skaters who played Simba and Nala did some pretty amazing stunts and lifts. He was very impressed as was his Daddy and I. I really liked it when Aladdin came out and rubbed the lamp. It followed with a very energetic routine from about 20 genies which was pretty amazing. 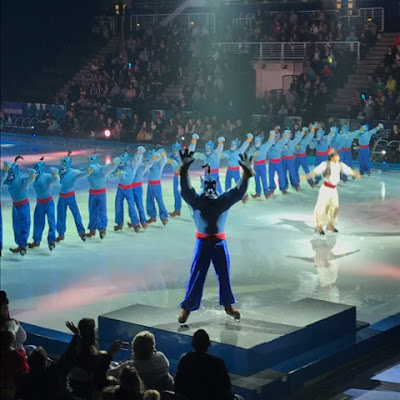 The show is currently touring the UK with Disney on Ice 100 Years of Magic tickets still available for the Braehead Arena Glasgow show so if you've got a spare couple of hours then definitely purchase some tickets online and get yourself to Glasgow.


We were sent three tickets to the show in return for an honest review.

1 comments on "Disney on Ice Celebrates 100 Years of Magic"

Ah looks amazing! Don't think I've ever seen so many photos of it. We've never done a Disney on Ice show though I'm very tempted!