Well I never really thought I’d be writing this post. I stopped breastfeeding my son when he was around 13 months old. I was going back to work full time and it just seemed right for us. He didn’t bother one little bit and I was quite happy. When my daughter was born I thought I would probably follow the same path and give up breastfeeding not long after her first birthday. How wrong was I!


It turns out that little missy chops quite enjoys breastfeeding, a lot more than her brother it would seem, and she’s in no rush to give up any time soon even when she’s recently turned two. She’s more aware now of breastfeeding because she’s a bit older, than her brother was when I stopped with him, so she will happily climb onto my lap and proceed to yank my top up for the boob. Fine if I’m at home but not so fab when I’m in a public place.

I do still enjoy breastfeeding miss madam but now that she has a full set of gnashers it has become rather painful. I’ve managed to cut her feeding right down to once a day, maybe twice if she’s particularly persistent and it is mainly at night right before her bed time. This feed doesn’t last any longer than 30 minutes, sometimes it’s as quick as 10, however she likes to feed her own special way which normally means yanking at my breasts with her sharp fingernails and clamping my nipples between her teeth. Not the most enjoyable of experiences but once she starts to relax and lull into sleep it’s not so bad. Well unless she forgets she’s feeding then her jaw starts to shut! 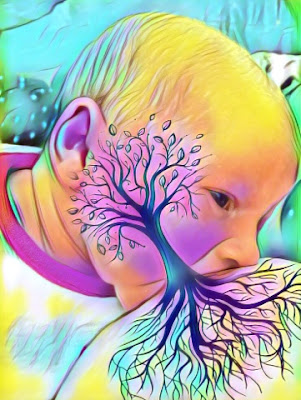 Loads of people keep asking me when I’m going to stop. It’s quite irritating actually as they’re more interested in when I’m stopping than actually congratulating me on managing to breastfeeding my baby for 2 full years! I think it goes to show how much of a stigma still surrounds breastfeeding a baby past the 6 months stage. People assume that I’m going to be turning up at the school gates and whipping my boobs out for my 5 year old to feed on but I won’t be. Even if I did it would be my choice and no one else’s business.

Anyway back to the positive. There are many benefits to long term breastfeeding and giving your child nutrients is one of them. Quite a lot of people believe that there’s no nutritional value in continued breastfeeding past a year but it’s just not the case. Your child will still benefit from protein, calcium, fat, vitamin A, and other nutrients in breast milk. It also strengthens your child’s immune system so less chance of them getting ill with things like ear infections and upper respiratory infections. It reminds me when my daughter was a baby and she had a cold which blocked her sinuses giving her a burst ear drum. I breastfed her throughout this and I really believe the action of breastfeeding and the milk itself helped her to heal quickly and not catch any infections. She never seemed to be in any pain either as I would have guessed a burst ear drum to be quite painful.

So here I am still breastfeeding with no idea really when I’m going to stop. I’m glad I’ve cut it right down to once a day and this doesn’t seem to bother her one bit thankfully. Maybe one day she’ll eventually give up her beloved boobs!

0 comments on "Celebrating 2 Years of Breastfeeding"