Is it Time to Cover Up?

Every night I quietly sneak into the kids rooms to make sure they’re tucked up safe and snug and of course that they’re still breathing! It’s a paranoid parent thing and I’m sure almost everyone does it. I really don’t think it’s a habit I’ll ever get out of but anyway back to the topic at hand. A few nights ago I got ready for bed (I don’t like to sleep with pjs on as get too hot) then trotted through to check on Logan. I thought he was still asleep but he woke up as he must have heard me. Queue much eye covering and gasps of “You’re naked mummy ahhh! Cover up! I don’t want to see your privates!”.

Well this came as a shock to me as I always walk around naked in front of the kids. Harlow is clearly too young to care but Logan has never batted an eyelid before and still doesn’t care if his Dad’s naked. This makes me think maybe they’ve started to do more educational lessons on the body in school or maybe because he’s getting a bit older (he's 7) he’s becoming more aware of his body and that he’s different from me i.e. he’s a boy and I’m a girl.

The other half and I aren’t prudes and we’re quite open when talking to the kids about where babies come from, how babies are made and all that. Logan even has a book called Where Willy Went which I bought when I was pregnant with his sister. It’s basically a book about a sperm called Willy. It’s genius really and if you’re trying to explain how babies are made to your kids then buy it. So yeah, no idea why Logan has become so averse to me having no clothes on. I don’t want to scar his childhood with my nakedness however I’m always in the mind that he needs to see what a real woman looks like and not all these airbrushed models who grace our magazines and TV screens.

Have you had this happen in your family when your kids didn’t want to see you naked anymore or are they not that fussed. I would love to hear your experiences for my own peace of mind so please do share. 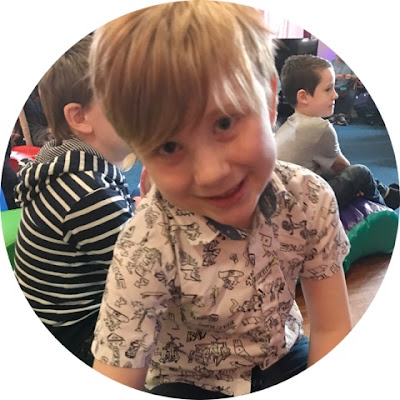