I've always wanted to see a Disney on Ice show, never mind the kids, so when the family and I were invited along to see Disney on Ice presents Frozen I couldn't have accepted quick enough. Since the show, including breaks, lasted for around two hours I decided to leave Harlow with the grandparents as she wouldn't sit long enough. That meant it was Logan, Daddy and I that got to go along and see the Frozen show. We couldn't wait. 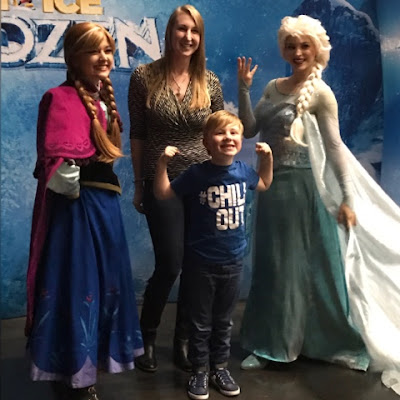 The three of use were treated to a lovely VIP experience where we got to meet and greet Elsa and Anna before the show and have some photos taken with them. Elsa and Anna were of course beautiful and so polite. Logan loved every minute flexing his biceps at every opportunity. After this it was time for some relaxing in the VIP lounge where we could see the crew preparing the arena from the massive window overlooking the centre stage. There were even lovely little goodie bags which included a Disney on Ice soft toy (a troll or Olaf), a colouring book and a keepsake programme of the show. 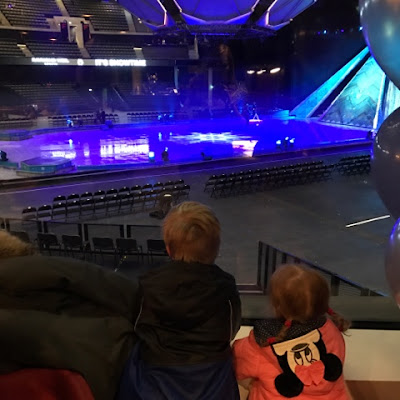 Soon it was time for the main event so we grabbed our stuff, quickly bought Logan a flashy light up ice sword then ran to our seats. The view from our seats was amazing. We could see everything and when Mickey and Minnie Mouse skated on to start introducing the show it really was great and magical to watch. As with all shows we visit I took Logan's ear defenders along in case it was too loud but it actually wasn't that bad and he took them off half way through. 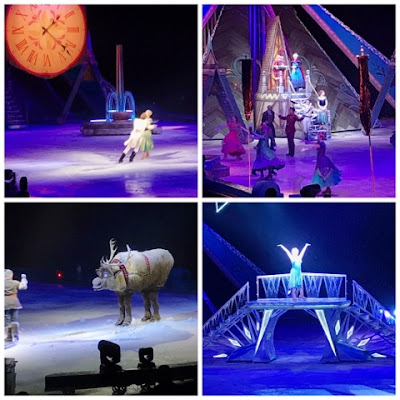 The show was so enthralling that the half time break came around quickly and that's when Logan spotted the Olaf slushies so off we went to purchase one. Of course it was expensive but it's all part of the excitement and experience for kids and I wanted to make sure Logan was happy and having a brilliant time, which he did by the way. 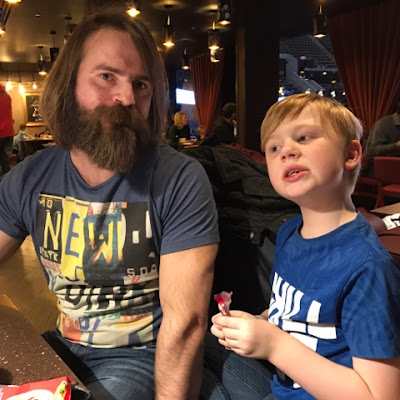 Logan's favourite part of the show had to be when the Marshmallow monster that Elsa makes to scare away her sister comes out onto the stage. The music is dramatic and the big monster inflates before your very eyes then starts breathing out smoke. It was brilliant. 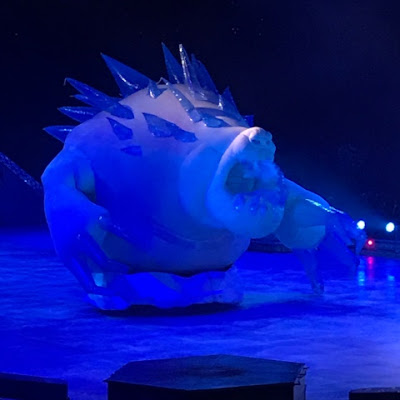 The show is currently touring the UK with Disney on Ice Frozen tickets still available for the SSE Hydro Glasgow show tonight so if you've got a spare couple of hours then definitely purchase some tickets online and get yourself to Glasgow. 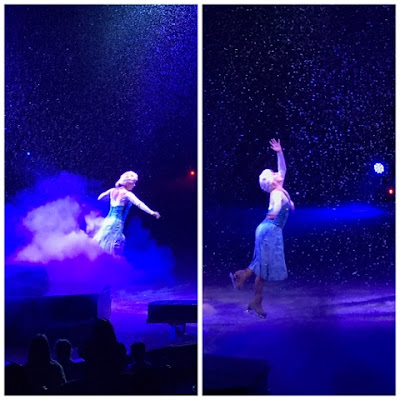 We were sent three tickets to the show in return for an honest review.

Thanks Jo, we had a fab time. Yeah would be lovely to meet you again :) x

It is such a good show...We saw it when it was local to us. I want to go again if it's on next year. hehehe
#TriedTested

This looks amazing, I cannot wait until my two are old enough to go to one of the Disney on Ice shows! xx

It really is a fab show Kim, it's great you got to see it too. I'll be doing next year for sure :)

Thanks for linking up with #TriedTested this week x

Awww looks like you have a great night. So jealous that we missed out and never got to meet everyone!