A few months have passed since Harlow’s last update and she’s now 20 months old so I thought it’s about time for another. I weighed her for the first time in ages on the big scales I’ve got in the bathroom. She stood perfectly and didn’t actually want to come off but would you believe she only weighs a mere 24lbs! There’s absolutely nothing of her but she continues to eat like a horse and is still in size 12-18 months clothes. I think I’ll need to purchase some new bodysuits for her soon though because she is getting quite tall and the poppers look a bit strained. 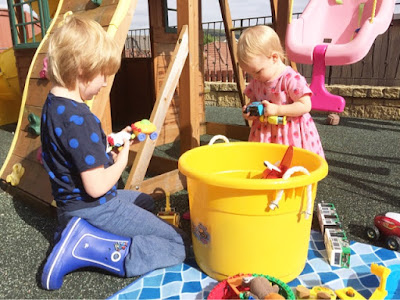 She’s absolutely loving feeding herself all the time now and has a major diva strop if you try to help in anyway. She’s so proud when she’s sitting holding her cutlery and stabbing her fork (or knife) into the pieces of food I’ve normally pre-cut. Any time she’s eating she has to have her cutlery in her hands and I’m quite impressed with how accurate she is in feeding herself. Even now I struggle to get her big brother to use his cutlery so Harlow’s doing pretty well I think. 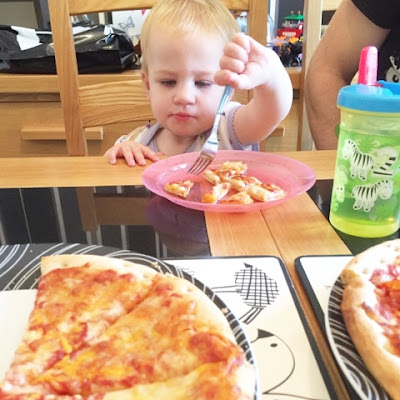 Nappy changing time has become a bit of a drama these days. The only time she’s normally quite happy to have her nappy changed is first thing in the morning but any other time, even when we’re out, has become a battle of wills. She’s so quick and nimble as well I’m having to pin her down if she’s done a poo just to make sure I can clean it up before it goes everywhere. She shows me how disgusted she is with this though by trying to grab the dirty nappy or her bottom! Wee madam chops that she is. 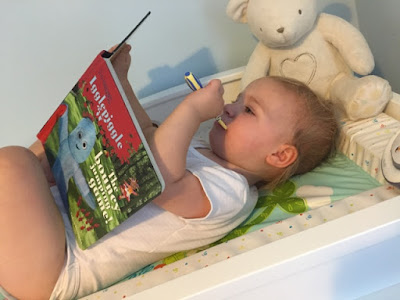 Harlow now goes to a childminder one day a week and although I was worried about her diva antics at first, because she likes to fight back when other kids try and take a toy she has, she’s actually settled in really well and isn’t even bothered that myself or her Daddy aren’t around. I’m hoping this experience will show her she’s not the only precious princess on this earth and that sharing and compromise are key to a happy life. We’ll see how she gets on with that later. 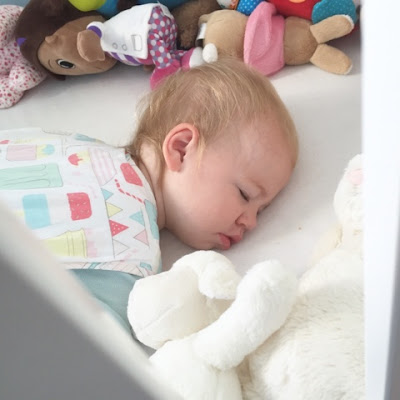 Last weekend you might have noticed that the other half and I managed to get away for a night without the kids, hurrah! The grandparents had the kids and Harlow thankfully slept through the night with no bother and was quite happy without us. We’ll definitely be doing that again then so watch out grandparents! As for her sleeping in general she mostly sleeps straight through now with the odd waking once in the night every other week. Sometimes I’ll here her having a cry but she normally settles herself back to sleep without me having to go and get her. 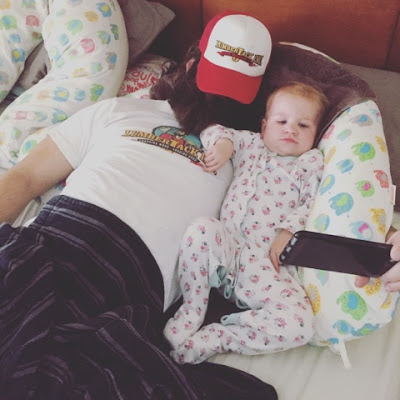 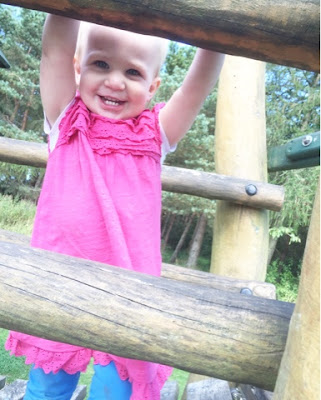 Since Logan has went back to school and started receiving homework again Harlow has taken it upon herself to try and join in. It’s funny to watch her scramble quickly over to the big dining room table and grab for the pencils and Logan’s homework jotter. I’ve substituted her big brother’s jotter with some paper so that they can both sit together and Logan’s teacher doesn’t think he’s reverted to nursery school writing.

I’ve booked up another little family mini break which is just around the corner. We’re all looking forward to getting away as it feels like ages since our last break in July! I’d love to hear what your little ones have all been up to recently and any milestones they’ve achieved.