Last weekend the family and I were invited along to the Edinburgh Festival Fringe to see a couple of shows. There's so many different types of shows to see at the festival but we decided that 360 Allstars and Shark in the Park would suit our troop.

The Edinburgh Festival Fringe is the largest arts festival in the world and takes place every August for three weeks in Edinburgh. In 2015 there were 50,459 performances of 3,314 shows in 313 venues, which is just crazy! 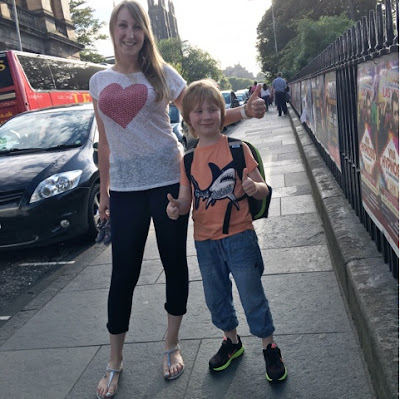 A little bit about the Fringe first of all: "The Fringe story dates back to 1947, when eight theatre groups turned up uninvited to perform at the (then newly formed) Edinburgh International Festival, an initiative created to celebrate and enrich European cultural life in the wake of the Second World War. Not being part of the official programme of the International Festival didn’t stop these performers – they just went ahead and staged their shows on the ‘Fringe of the Festival’ anyway – coining the phrase and our name ‘(Edinburgh) Festival Fringe’.  Year on year more and more performers followed their example and in 1958 the Festival Fringe Society was created in response to the success of this growing trend." 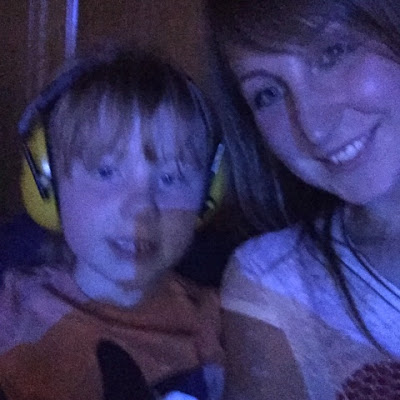 The first show for us was the 360 Allstars which was being held in the main hall of the Assembly Halls on Mound Place. It's a massive venue with lots of different rooms so as you can imagine it was a busy place to be. 360 Allstars was described as a dance/physical theatre/circus family show and it didn't disappoint. There was an incredible DJ and drummer, breakdancers, basketball freestyler, a BMX flatlander and a Roue Cyr artists. It was kind of like an urban circus and it was amazing. The show was a big crowd drawer and the queue to get in was massive. The seating was a free for all like most fringe shows and with kids this can be a bit tricky trying to keep everyone happy. The whole family enjoyed watching especially Logan. Harlow was too young for it though and she only watched bits of it here and there, I think the really loud music and sounds were putting her off. Luckily we had Logan's ear defenders with us or else it would have be too loud for him. 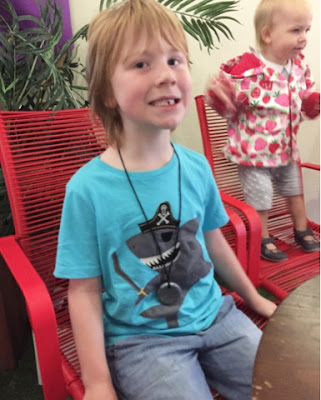 On Sunday we went to see our second show of choice which was Shark in the Park. This show was based on the Shark in the... books by Nick Sharratt. It was 3 books smashed into one stage performance and it worked really well. It wasn't too long either so kept the kids attention perfectly well, maybe five minutes or so from the end is when the little ones started to get restless. This show was held at the Assembly George Square Theatre and because it was 10am on a Sunday morning it was busy but not overly so. There were plenty of seats and the venue wasn't roasting which was a bonus. The show itself was about a little boy who loved sharks and wanted a telescope for his birthday. He received said telescope and wanted to go to the park with his Dad to hunt for sharks. There was lots of singing, dancing and catchy tunes throughout the performance and I'd definitely recommend this for younger kids. 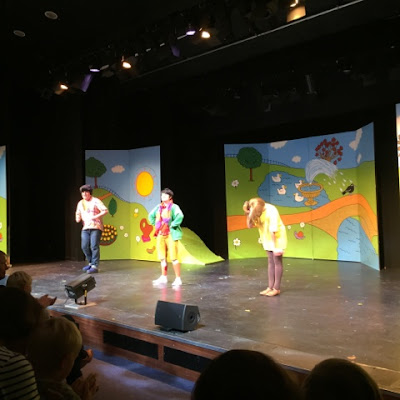 We really enjoyed ourselves attending some Fringe shows this year and I'd love to know what everyone else went to see?

I was provided with tickets for the 360 Allstars and Shark in the Park in return for an honest review.

Thanks for the bit of background on the Fringe. I never knew and do now. Makes sense really! I'd love to go one day - right up my street :) #brillblogposts

I really enjoy Edinburgh when the festival is on but we never seem to see any shows, we just tend to go and soak up the atmosphere and watch the street performers. I must be more organised next year ! #brillblogposts

The Fringe really is fab Carol, make sure and put it on your bucket list of things to do :)

Ah yes the atmosphere on the streets of Edinburgh when the festival is on is amazing. Sometimes you'll be lucky to see acts doing shows out and about street performing :)

Looks great fun. I've not taken the kids to a show yet, but we did wander about one year. It's fab x

It was really good and the kids quite enjoyed themselves. We've been to see shows previously such as Father Christmas Needs a Wee, Aliens Love Underpants and Cat in the Hat. Love the festival xx