What Gives You The Right

To the overly sensitive lady at the soft play centre the other weekend. What gives you the right to shout at my child as if you were disciplining your own? Did it make you feel big shouting and pointing in the face of a boy who’s probably a 7th of your age? So what if my child pushed your child off an arcades game. There wasn’t any money in it, it wasn’t as if your child was actually sitting and actively playing the game. These things happen all the time at soft play centres, kids will be kids and are just learning social boundaries which by the way are harder for my son since he is autistic granted you wouldn’t have known this. What happened to quite simply saying “now that wasn’t very nice was it, my son was going to play that game and you pushed in. Can you please come off so my son can have a shot.” Yes the chances are my son wouldn’t have came off the machine or even acknowledged you however I watch my son quite rigidly at soft play centres since I know he struggles and I would have came over to take him off the machine. That of course didn’t happen. Instead you literally shouted in his face hanging over him, pointing and accusing. It’s not right and it’s not clever. Yes my son can be a little sh*t at times but come on, are your kids so angelic they’d never push someone out of the way to get to something they wanted?

One time at soft play my 17 month old got pushed off a Peppa Pig ride on car and hit the ground face first. Did I yell and shout at the boy who did it, no, I simply consoled my daughter and told the little boy that although my daughter may be annoying him (as he put it) it’s not nice to push and by pushing that had hurt her head and she was now quite upset. The little boy’s gran was sitting close by and didn’t even come over to apologies but I didn’t care, she didn’t seem that bothered and I’d already said my piece (not shouted) so as far as I was concerned it was done and dusted. No need to freak out about it or hold a grudge. The little boy then trotted off to play with my son and all was fine. My daughter had a little bump on her head but is wasn’t something a quick ice pack and some cuddles couldn’t fix.

Luckily for my son and unluckily for you I was standing within ear shot. I immediately asked what the problem was however you proceeded to completely ignore me (not even any eye contact) and return to your table. Well that just isn’t good enough is it, not after you’ve shouted in the face of a boy who probably had no idea what you were even talking about. I could have been dignified in my words with you but your sheer rudeness meant I had to shut you down and give you a piece of my mind. And guess what, I’m not even sorry! I hope you learned a valuable lesson that day, I get it that your children are precious to you mine are to me, however you’re the adult. You’re the one that has to show responsibility as well as being accountable for you’re actions and you let yourself down. I’m not happy with the way I reacted either but after observing the way you were acting I thought maybe it’s the only reaction you’ll understand.

Hopefully next time you’ll think twice before you act. 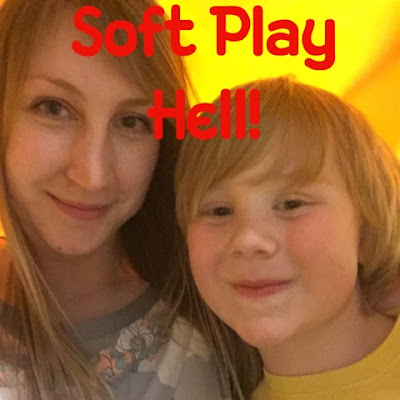 0 comments on "What Gives You The Right"