This past month has been quite busy for Harlow with the usual friend meet ups, lunches, toddler classes and birthday parties to attend. She seems to have a better social life than me, so does her big brother! Of course all the activities have went by in a blur and again another month has come and gone. I’m sitting here trying to remember specifically what we’ve been up to but I’m sure it’ll come back to me. 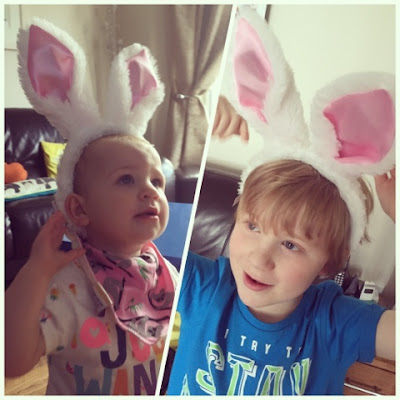 Harlow’s finally cut some big teeth on the bottom at either side and my goodness are they sharp! She finds it hilarious to try and put your finger in her mouth and bite you. I’m hoping she’ll stop this particular activity very soon or I’m sure there’ll be trouble as she gets bigger. She’s starting saying “Hi!” (or what sounds like Hi) when she waves but it’s only on her terms and looks like it’s a little game i.e. she’ll do it randomly for her own amusement and not particularly to say hello to anyone. At least she’s learning though and it’s very cute. The good thing is when she does do it she wants interaction and for someone to say Hi back. 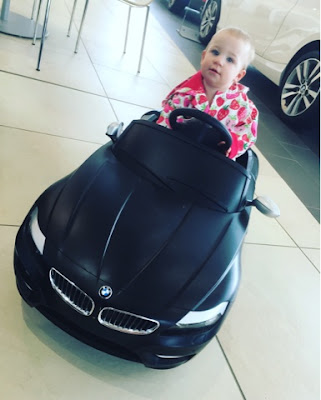 I want to say she’s started to sleep through the night a bit more now but the past couple of nights she’s got up for a little comfort feed 2-3 times. Sometimes she’ll sleep without getting up a couple of nights in a row then it can be back to getting up once or twice. Luckily it’s not really affecting my sleep and the other half often has to bring her to me as I can’t hear her crying (I’m a deep sleeper), bad mummy, but we’ll get there. It might be tears and tantrums at bedtime when I stop breastfeeding though, we’ll see. 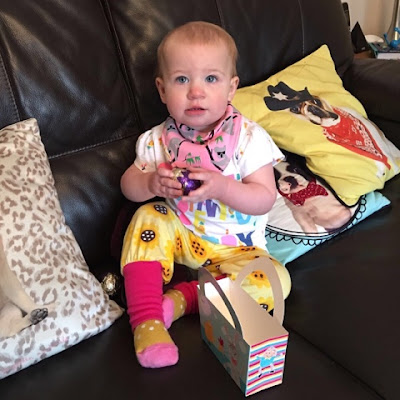 As I mentioned in Harlow’s previous update she’s not bothered at me going back to work at all and in fact is quite happy seeing me go out the door without a tantrum or tears. This is great and a totally different experience for me as poor Logan used to scream the place down and that’s even if he was left with grandparents who he knows very well. Of course he doesn’t do it anymore but it’s refreshing that Harlow’s quite content with me going out and she knows I’ll be back at some point. 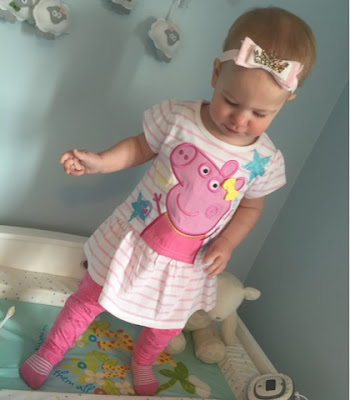 We had our first trip to Legoland a couple of weekends ago which Harlow loved, full blog post on this coming soon. It was unfortunately an 8 hour + drive down to Windsor due to timings but she was as good as gold on the journey. At the theme park she couldn’t get on many rides but the ones which she could get on she thought were fab. Her little smiley face when she was going round and round on the Duplo train was priceless. One really cute thing when we were in the park was that every time she got close to a speaker playing some Lego themed music she would stop and do a little dance. It was the same dance over and over and kind of resembled the Robot! It was brilliant and she didn’t care about anyone else trying to get past, she was stopping to dance if other people liked it or not haha. 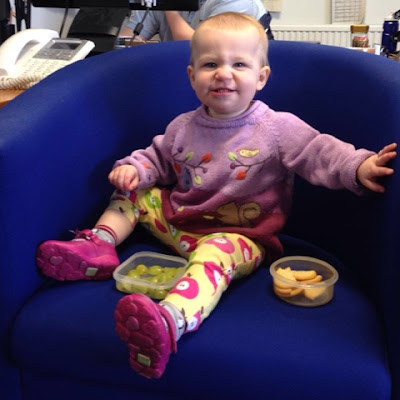 This weekend just passed the family and I had a little trip to Wick, so from one end of the country to another. It was completely different from Legoland with no wifi, TV or any sort of tech for that matter. We’ve been staying in an old cottage which has been renovated by the Landmark Trust and it’s actually really charming plus we’ve been allowed to take the dogs so proper fresh air family time. The weather wasn't fab and Harlow decided she wanted to get up every hour at night for a feed but apart from that we had a great time. Roll on next month! 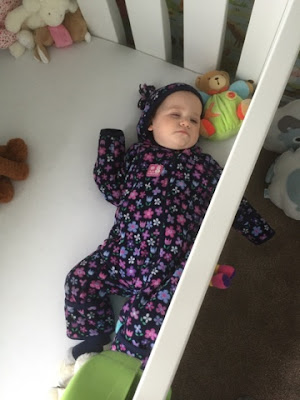