Time some how is managing to creep up on me lately and I can't believe Harlow is 14 months already! It's been a quick few months since Christmas and I can imagine this year will fly in. We've not been getting up to that much this past month however I did have to go back to work and worried about how the kids (and other half) would manage without me. Luckily I'm only working a couple of days but I shouldn't have worried. The other half is of course more than capable of looking after his kids and no one even missed me when I was gone haha. Looks like I can take more trips out on my own these days. 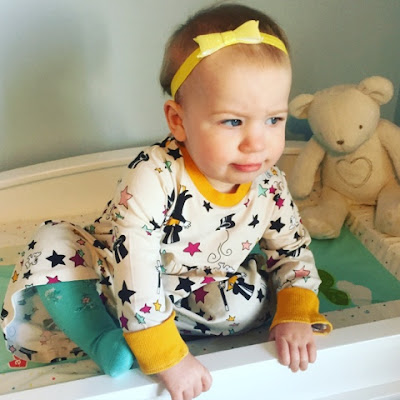 Harlow is still a little pint sized diva for her age but is now finally fitting into some of her lovely new 12-18 month clothes. It just depends on what shops they're from as some of the size 12-18 month clothes seem massive and some fit just fine. She of course still eats likes a horse so I've no idea where she puts it or why she's not the size of a house. She does move around a lot, I'm talking never sits still hardly ever, so that will definitely help. 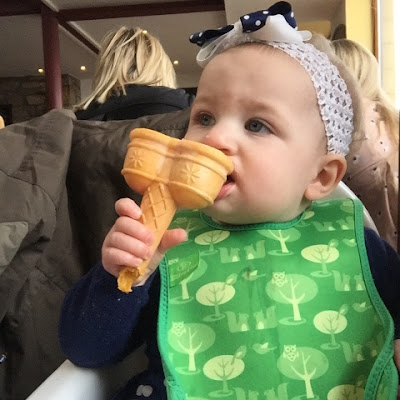 Harlow's been meeting up with friends quite a bit, as well as attending all her little classes which has been fun. Now that I'm back at work I'll miss two classes but Daddy will be taking her to those instead thankfully. She had her first theatre experience recently when we met up with friends to go and see Peppa Pig. It was a really fab show but Harlow ended up falling asleep in the second half! I've never heard of Peppa putting kids to sleep but there you go. 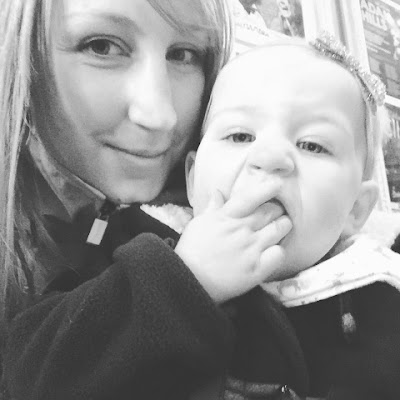 As I've said she's quite the diva and her favourite diva tendencies include; turning on the cold water bath tap, throwing stuff down the toilet, running away with the black shoe polish, emptying drawers and cupboards, playing with cables, eating dog food etc. Anything she's basically not meant to do or touch she's on it. Miss cheeky madam that she is. 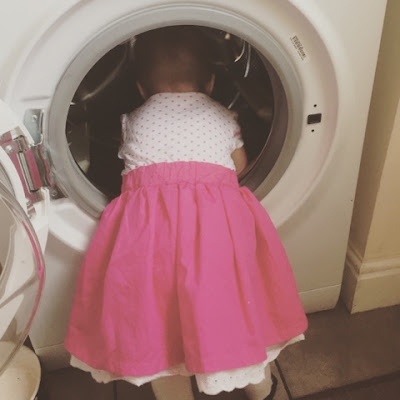 The walking has now stepped up a gear and instead of letting me carry her when we're out and about I now have to let her walk on her own everywhere. Sometimes she'll take my hand but most of the time she wants to be off exploring herself. She loves walking over drains, crunching leaves, trying to pick up litter, wading through puddles, turn and run the opposite way. She really does just never stop, wouldn't have it any other way though. 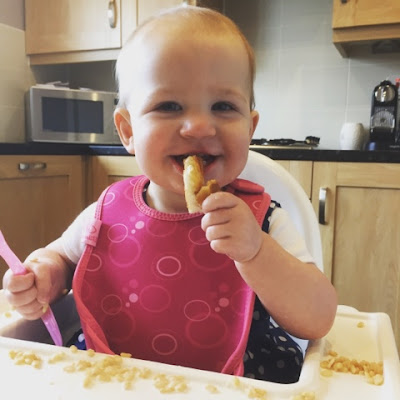 You might have spotted that we had a little family trip down to Leicestershire (I'd highly recommend btw) and this is where Harlow had her first visit to a zoo to see some animals. She wasn't that fussed really and was more interested in the soft play! She loved it when we visited Twinlakes Theme Park though and she got to go on some rides. We all can't wait for out next trip soon which is Legoland.