This month Logan has really wanted to be more involved with Harlow. I think this may be because she's getting bigger now and getting her own little attitude. Plus with her walking a lot there's more she can get into which Logan finds hilarious. It's been nice to see Logan trying to take an active part in her care now too. He's been trying to read her stories, involve her with tickle time, get the odd sneaky cuddle and just generally be a loving big brother. There have been the odd moments when he's found it funny to annoy her but thankfully those have been fleeting.

Harlow is quite independent but for some reason, probably due to her cute size, she seems to attract all the other kids over to mother her and by goodness does she hate it! She seems to think that getting cuddles and being dragged around by the hand is going to stop her from enjoying herself so, much hand waving to shoo people and crying normally follows. She's the same with Logan unfortunately. I've noticed that when he does try to help her in a nice way she often find this offensive and starts crying. This in turn makes me think he's done something to annoy her which he hasn't so I'll have to watch missy chops in future. She's a cunning one. I don't want her poor brother getting into trouble for nothing but sometimes he can be a pest. Typical big brother and little sister behaviour.

Apart from the odd spat here and there they really have been getting on like peas in a pod. It's been great to watch Harlow become more involved with what her brother's doing and of course Logan actually letting her join in. These little moments never tend to last long but it's lovely to watch them when they do.

I've noticed Harlow seems to be looking a lot more like her big brother now, the more hair she gets the more of a resemblance I can see. When she was born she didn't have much hair but it was darker than it is now. It's definitely getting lighter and more towards the shade of Logan's hair.

Here are some photos I've managed to capture of the cheeky twosome over the past month. 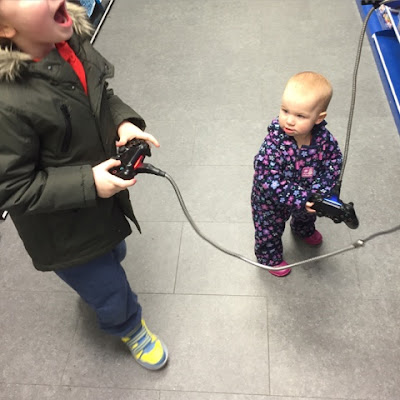 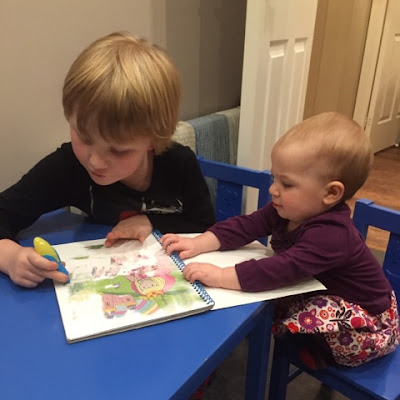 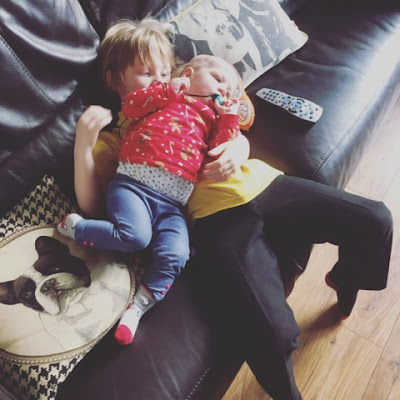 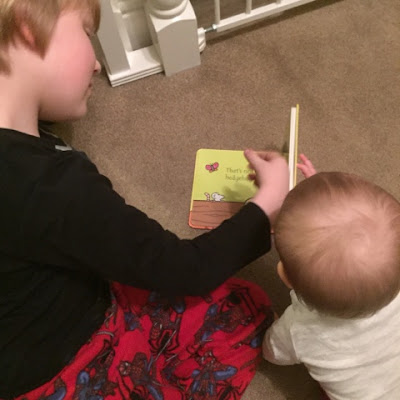 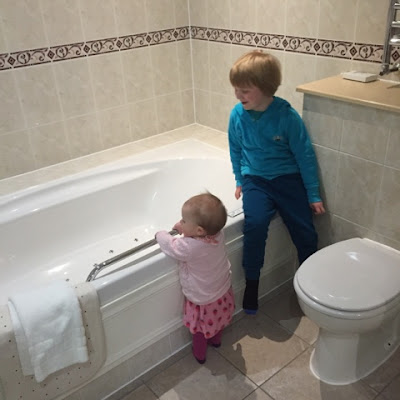 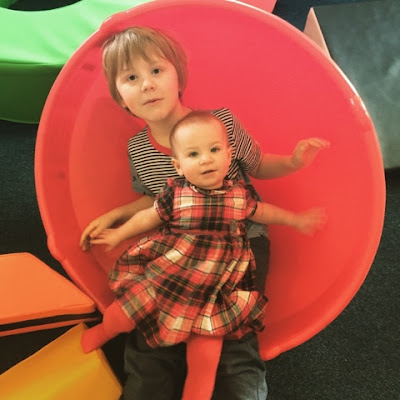 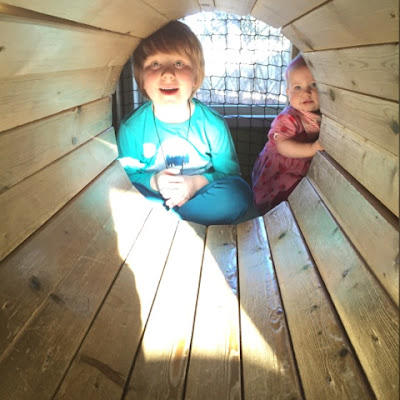 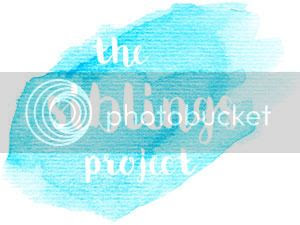 4 comments on "Siblings in February"

Aww that photo where they are lying on the sofa together is so cute! x

Thanks Katie. They do enjoy each others company now and again :) x

Love the sofa photo :) My little girl does that to her brothers too! Lovely to see Logan reading to her and the last photo is fabulous x
Sara | mumturnedmom

Thanks Sara, it's great when they do things like that isn't it. Logan tries his best but Harlow can be a diva at times :)