I've decided to join in with a few blogger link ups and projects this year to keep things fresh and also because it's fun. So without further ado I'll be along for the journey on The Siblings Project run by Lucy at Dear Beautiful. I'm hoping I'll be able to capture at least one photo a month of my precious two as it's so easy to forget and with Logan being at school I tend to take a lot more photos of Harlow, whoops! I'm a little bit late with sibling posts going live on 15th of every month but better late than never, right?

This month saw Harlow turning one and what a lovely day we all had. Logan was on his best behaviour and helped Harlow to open all her presents. He did get excited by one present and wouldn't let Harlow touch it but we'll let that slid! Generally Logan and Harlow get on great however with Logan having autism their relationship can be somewhat tricky at times. Logan seems to find it funny to annoy his baby sister but I try to get around this by giving him a job of some description. Often asking him to help her in some way works and the behaviour subsides. He does truly love her though which is plain for all to see and he likes her to be involved with everything.

Harlow finds her big brother absolutely fascinating and is desperate to be involved in everything he does. If he's chilling on the sofa she's toddling over beside him to see what he's up to or if he has a bowl of fruit to share. His toys are of course far more interesting than hers so she's always trying to pry them from his hands. Logan also gets the biggest laughs and giggles out of his sister, no matter what Daddy and I do we never get a full belly chuckle like the ones Logan can pull from her. It warms my heart when they share moments like that and I hope to see more of their relationship developing like this throughout the year.

Logan can be quite protective of his baby sister at times and I laugh to myself when I think back and he told his Granny Shir she wasn't taking his baby to her house, ha ha. He'll often shout on me in the house if he thinks Harlow's up to something she shouldn't be either, like grabbing the ornaments or the house phone. He does tend to pick her up a lot and move her away from 'dangerous' stuff but she of course hates this and wants to rush back and play with whatever it is she had.

They're a funny little pair together but they do love each other which I'm very thankful for. I always worried that Logan might resent Harlow in some way when she was born but he never has, in fact he's been asking for more babies to add to his family! 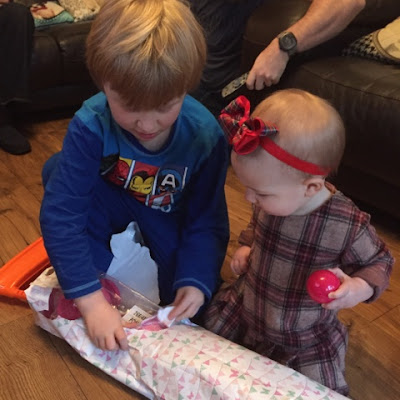 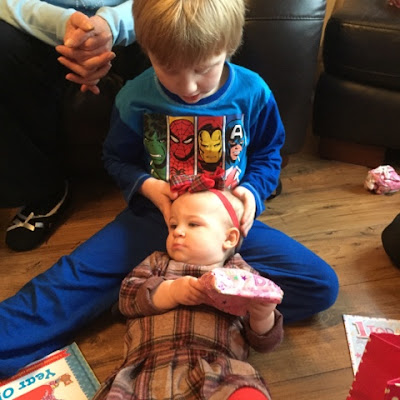 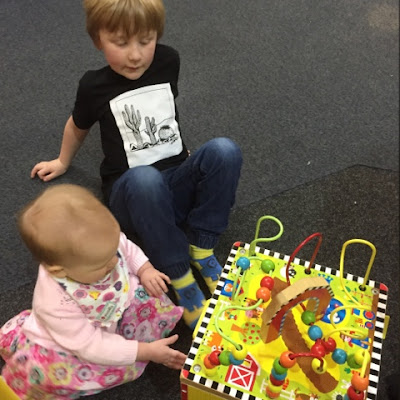 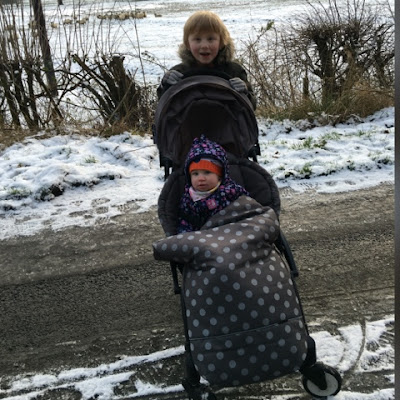 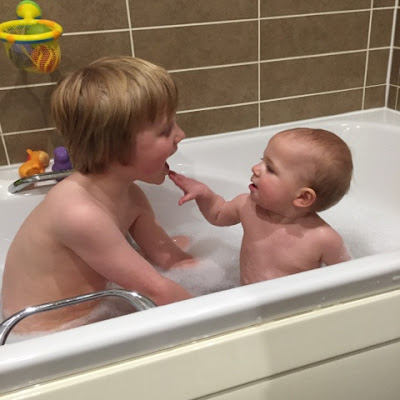 4 comments on "Siblings in January"

Ahh these are beautiful pictures, and you can see the love they have for each other in the bathroom picture. It's lovely that Logan's warmed up to Harlow, I'm still waiting for Toby to do that to Ted! x

Thank you Jade. Yeah they do really love each other but don't get me wrong it can be hard at times. Logan just has his own way of doing things and poor Harlow has no choice but to go with it. I hope Toby comes around to Ted soon x

Gorgeous pictures, they look really content and at ease with each other. Mich x

Thanks Michelle. I wish they were always content with each other haha. Life would be so much easier that way ;) x