I don't know about you but lately I've been feeling blooming freezing and just can't seem to get a heat in me. I've been craving wholesome hearty food to try and warm me up so thought I'd make myself some tasty homemade soup. I must admit I'm a pest for buying tinned soup from the supermarket and I know I shouldn't as it's expensive compared to making your own at home. I'm not really that confident when it comes to cooking which is why I often don't even try. I'd quite like to change that this year and at least give some new recipes a go. It'll spice up our regular meals anyway and who knows there might just be a new favourite waiting to be found.

Last year saw us Brits embrace a number of health food trends, from spiralizing to sprouting, juicing to fermenting - however in 2016 it’s all about ‘souping’, according to research by Knorr. In a recent survey carried out by Knorr did you know the most popular source of inspiration for homemade soup recipes is cook books (42%), followed by food websites and blogs (33%) and family and friends (27%), with Facebook being the most popular social media channel to find recipe inspiration (11%). I do tend to look at some of the recipes people post on blogs and Facebook but tend to shy away from cook books due to being a bit complex for me.

Anyway on to the Simple Carrot & Potato Soup. I've called it simple because you literally need hardly any ingredients to make it plus if I can do it so can you!

2. Pre-heat some oil in a big pot then chop your onion and add to the pot.

3. Once onions are soft add 800ml boiling water to your pot, then crumble in your 2 Knorr Vegetable Stock Cubes. Stir until dissolved. 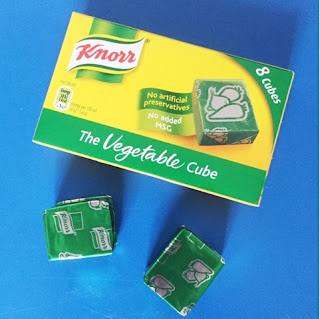 4. Peel, chop and dice your carrots then add them to your pot. Do the same for your potatoes as well, dicing them into small cube ish shapes if you can. I've said 4 large potatoes and by this I mean not quite the size of baking potatoes but the size down if that make sense. If you haven't got them then 2 large baking potatoes will do the trick just as well.

5. Give everything a stir then add some salt and black pepper before leaving to simmer for 20-25 minutes until the veg is soft. 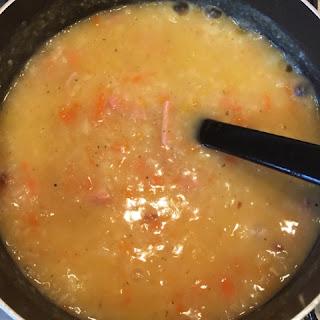 6. When the veg is soft take a potato masher and roughly mash up the veg. I like to leave mine a little lumpy as I prefer my soup thicker instead of blended. You do whatever you like though of course.

7. If you want to you can always add in some cooked diced bacon to add an extra something to your soup. It's not essential of course but I added it to mine and it was very tasty. 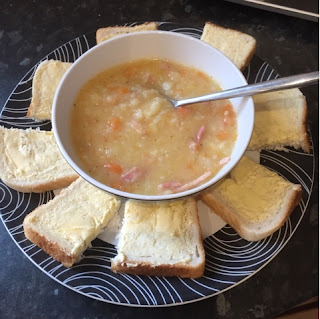 So there you go, tasty wholesome hot hearty food for keeping you warm on these freezing winter days and how simple was the recipe? Easy enough wasn't it. You'll have enough soup for lunch straight away and you can put the rest in the fridge for later or even freeze if you prefer.

This looks delicious, it's definitely the time of year for soup, although I make it all year ha! X #tastytuesday

It was super tasty when I had it for lunch today Lisa :) Can't wait to have some again tomorrow.

I know it's freezing right!?