It's time for another Bargains of The Week and I'm rather pleased with what I've managed to purchase this time. As you'll probably notice it's mostly stuff for the kids I spot and I'm sure every parent is the same. You always look for things for them and never anything for yourself! It's just the way life is now and I don't mind it at all.

Clothing Bargains
My local Sainsbury's store must have been having a clear out of their old summer stock as I managed to grab a few items of clothing for Harlow. There were some great little bargains as the clothes were half price but some of them also had 2 for £4 on them so even more savings when going through the till. I think the most expensive item was the cute little dress coming in at £2.50 but everything else was £1.25 or less, brilliant. Some are 9-12 months and some are 12-18 months. 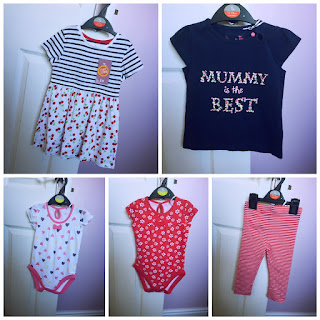 More Lego!
We're Lego mad in our house as some of you might have guessed so when I spotted this amazing bargain I had to buy it and put it away for Logan's birthday or Christmas. It's called the Lego City Police 60067: Helicopter Pursuit set. Prices range from around £21 to £35 for this set however I bought it for an amazing £12.50 from Sainbury's supermarket! What a steal. It looks like it has lots of interesting little characters as well so I'm sure Logan will be pleased with this. 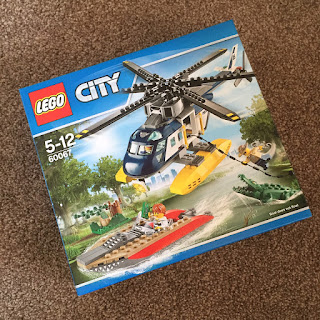 Something for Harlow
Well this is another Lego purchase but it's Lego Duplo for Harlow this time. Again spotted in Sainsbury's (they're definitely helping me spend my money anyway) alone on a shelf, the last one left, I couldn't leave it. Especially since it was only £6.50! That's another toy sorted for Christmas or birthday. Prices on this range from £10 to £15 so still a good price. 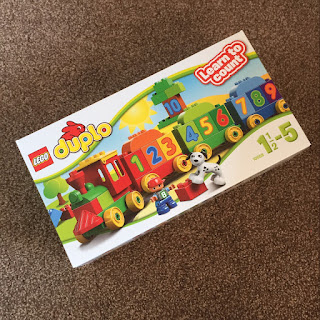 That's it for this week and if you have a Sainsbury's local to you I suggest you nip down and have a nosy to see what bargains they've got. Each store varies but there's normally always something going for a good deal so definitely worth a look.

As always I'd love to hear if you've managed to pick up any bargains this week?