A Trip to Edinburgh with Premier Inn

As a family we love having little trips out and about and since it's all happening through in Edinburgh, as it's festival season, we thought it would be lovely to spend some time in the big city. Luckily for us the family and I were recently invited through to Edinburgh to stay at one of Premier Inn's lovely hotels. We were booked into the Edinburgh Leigh Waterfront Premier Inn hotel last Friday night, which is around 15 minutes from the city centre by car, and we had a stroll around and some dinner when we arrived. 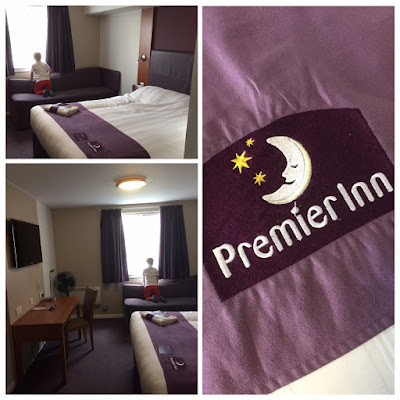 The room we received was a family room and it really did have plenty of space for the four of us. The other half and I had the double bed, which was very comfy, and Logan had the sofa bed which you can see him sitting on in the photos above. The sofa bed was pretty comfy too and Logan thought it was great getting to sleep beside everyone in the one big room. Premier Inn were more than happy to provide us with a travel cot for Harlow however I brought my own one along. After checking in and having a look round our room we decided it would be best to get everyone fed before the kids started to get tired. 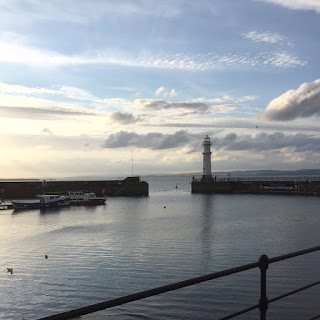 We popped into the Brewers Fayre next door which is practically attached to the Premier Inn and where you also get breakfast. It was closest so easiest for us and they had a soft play so Logan ran around in there whilst we had dinner. The food was tasty and reasonably priced however the soft play was very noisy and Logan got a bit grumpy. It was just too much for him. After dinner we grabbed some ice cream and went for a little walk along the harbour since it was a lovely evening. That didn't last long however as Logan was getting tired and wanted to get back to the awesome room we were all sleeping in. 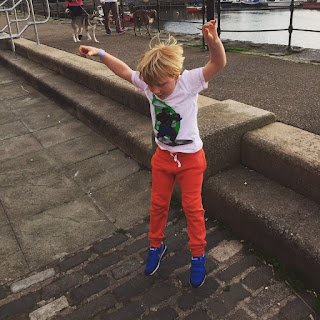 In the morning we checked out and had a tasty breakfast in the Brewers Fayre, our breakfast was included with the room and you could basically have whatever you wanted. There was the full cooked breakfast with everything from sausages, eggs, hash brown, bacon etc to fruits, yogurts, cereals, toast, crumpets... the list goes on. I was actually quite impressed with breakfast and we arrived before 9am and it wasn't that busy for a Saturday morning, plenty of seats and space to move around. This Premier Inn really was lovely and perfect for a night or two away with the kids. I don't have any complaints or issues that need addressing, it really was a nice stay for us. 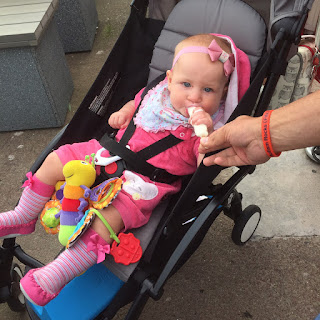 On Saturday morning a group of us bloggers were invited along to attend an Improv Workshop. I really wasn't sure what to expect but I've done quite a few corporate team building events at work before so went along with an open mind. The ladies running the workshop, Jen and Ginny, were lovely and put everyone at ease. It really was quite good fun and I laughed lots, especially at myself! I had to pretend I was on a space hopper! In my maxi dress as well! It wasn't a pretty sight.

After the workshop had finished I headed into the city centre to meet up with the other half and the kids again. We nipped into Rox to view some amazing new Hublot time pieces that have just been released. If you're ever in Edinburgh then please do visit Rox on George Street, they're a friendly bunch. 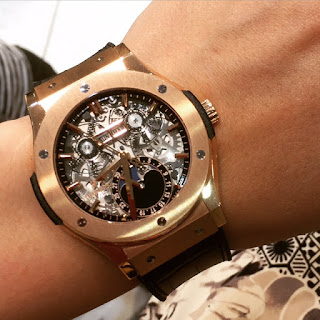 We spent so long in Rox that we were then running a little late as there was a kids shows at The Underbelly in George Square that we had tickets to. In the end we jumped in a taxi which took us up. It only cost around £6 so money well spent to get there on time and get a seat as the Udderbelly was packed out. The kids show we saw was The Scarecrows' Wedding by Julia Donaldson, lovely show for the kids by the way. Also Logan got his photo taken on a cow, needless to say he was a happy boy. 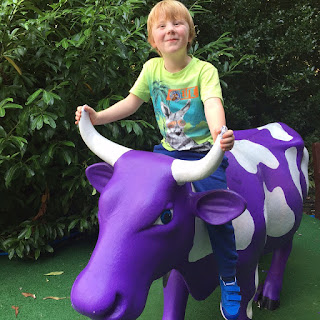 The family and I were invited through to Edinburgh by Premier Inn to stay at one of their hotels for a night, and for myself to attend the Improv Workshop.

0 comments on "A Trip to Edinburgh with Premier Inn"