The Birth - My Planned C-Section

As you all might have seen from the photos on instagram and twitter I had my little girl, Harlow, via planned c-section on Friday 9th January. Whilst the birth is still fresh in my mind I thought it would be a good idea to tell you all about it.

Thursday night after the other half and I had dropped Logan off at his Granny's and Grandad's we decided to relax and watch a film together before heading to bed, the last night as a family of three. Luckily I managed to sleep quite well that night and was up fairly early on Friday morning to get ready to head into the maternity hospital for 8am. We arrived promptly and were shown to the observation ward where I'd get ready to have my baby. Unfortunately the other lady that had been booked in for a c-section as well was taken first and had a few complications so I was left waiting till around 12.30pm before I was taken through to theatre. To say I was starving is an understatement! And to make it worse the other half taunted me with his Costa coffee and muffin - meanie. 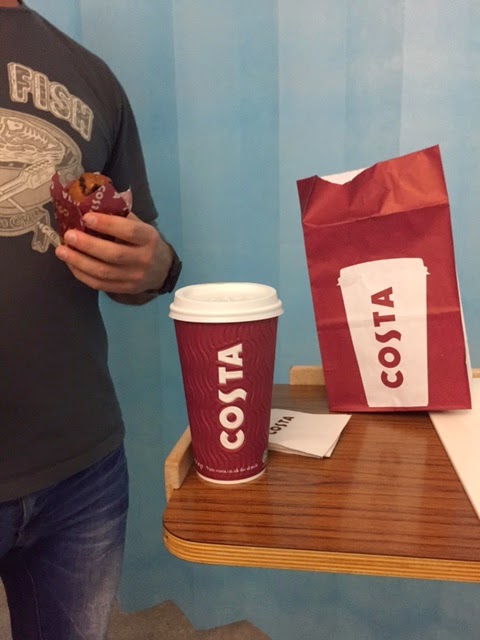 Prior to going to theatre I had handed the midwives a little birth plan the other half and I had written together. It wasn't anything exciting but just a few little things we were hoping could be made possible and I did state they weren't set in stone but it would be nice to have/do etc.


1. I would like the other half to be with me at all times please.
2. Drapes to be lowered to allow us to see baby being born.
3. We do not know the baby's sex. Can the other half please see the baby to tell me the sex.
4. If all OK, can baby be given to me immediately for skin to skin contact.
5. I want to breastfeed so would prefer a private room to get comfortable and to get to know my baby and breastfeed quietly.
6. We consent to Vitamin K being given by injection.


As you can see it's only 6 bullet points and everything was accommodated apart from the skin to skin contact in theatre because the drapes were so high and there just wasn't enough room to hold baby safely which was fine by me so the other half got skin to skin with baby instead which was great for him.


When it was finally my time the other half and I walked through to the theatre quite calmly, chatting away to one of the midwives as we went. It was a very different experience to my emergency section with Logan. The room we entered was freezing compared to the observation ward but it was welcome since I was so hot and flushed. I jumped up on the bed where my c-section would take place and once everyone was ready and prepared I was given a spinal block. It took 3 attempts to get it to work only for the reason that I felt faint on the first attempt so had to lie down on the bed and on the 2nd attempt I was at an awkward angle so the nerves in my legs kept getting hit (which is a horrible burning sensation btw) but 3rd time lucky and as soon as the spinal block was in that's when the hospital team got down to business to deliver my baby. Throughout the delivery everyone was still chatting and laughing away and because it was so calm this time round my other half even got to stand on the other side of the screen and take some amazing photos. They've been great to look back on already and one's I'm sure I'll treasure forever.

After around 10 minutes into the c-section the surgeons said they were ready to pull baby out but had to use forceps because she was a bit slippery and her head was engaged. I was a bit worried about this however they literally had the forceps on her head for seconds and they left no marks on her face thankfully. The drapes were lowered and I got a glimpse of my beautiful daughter being born, it was brilliant, and because we didn't know the sex of our baby the other half got to check and tell me what we'd had. When he said a girl I was shocked as having a boy already we sort of just expected another boy.


Since there was no room for me to have the skin to skin contact my other half got to do it instead which was lovely and after their cuddles the midwife in the room then checked, weighed and measured our baby girl to make sure all was at it should be. The checks were all good and everything was fine so after being stitched up I was popped onto a proper bed, given my baby and wheeled back through to the observation ward where I spent the night.


It really was a great experience and I'm so glad I got to choose to have a planned c-section this time round. It was much calmer and I bonded with my baby straight away, in fact as soon as I was back on the observation ward I breastfed Harlow and she latched on like a pro with no problems.

So that's my birth story, nothing much exciting happened but I'm glad it was calm and that this time I actually felt in control.

5 comments on "The Birth - My Planned C-Section"

I loved my elective too, so calm. Aw what a cutie Harlowe is and well done mummy. Thanks for linking up to #brilliantblogposts

Aww she is so lovely. Well done you. I hope mine is as straightforward as yours!

Honest Mum - It's nice to hear you loved your elective section as well. Definitely much calmer. Thanks for hosting a great linky :)

Another Bun - Aww thank you. Fingers crossed yours goes just as well xx

Ahh huge congratulations. What a great job you did momma. Your baby is gorgeous. Just made me all broody. I love a birth story. Thanks for sharing and I hope to see you again tomorrow for another great round of #sharewithme

Oh my goodness I am in tears. What an amazing photo! Such a precious moment to capture on film x
A planned section is SO different to an emergency isn't it? Thank you so mch for sharing, and for linking to #MaternityMatters x x x