This post has been a long time coming but I didn't want to show everyone until the last few bits and bobs had been finished. It's taken longer than I'd have liked but at least it's done now and I'm happy to say Logan is over the moon with his new bedroom makeover. To start with though (since he's autistic and doesn't like change) he cried because he wanted his old wallpaper back, only natural really, but within minutes he was jumping around and discussing the new wallpaper with us. The theme the other half and I chose was mainly Superhero based with some Lego thrown in between. Our son loves both and is a massive fan of the Lego Marvel Superheroes PS4 game so we couldn't go wrong redecorating his room along those lines. 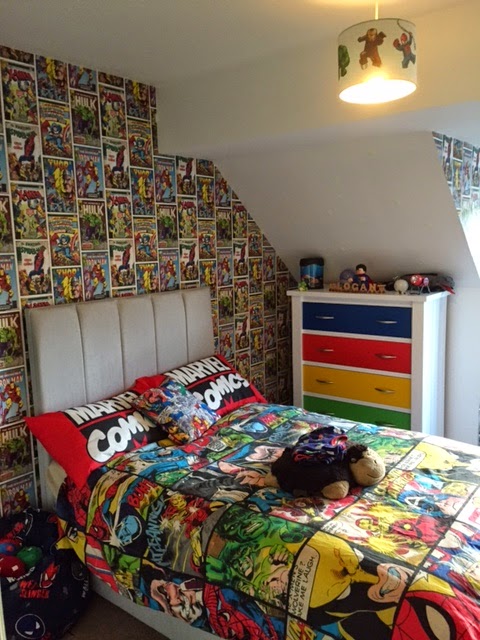 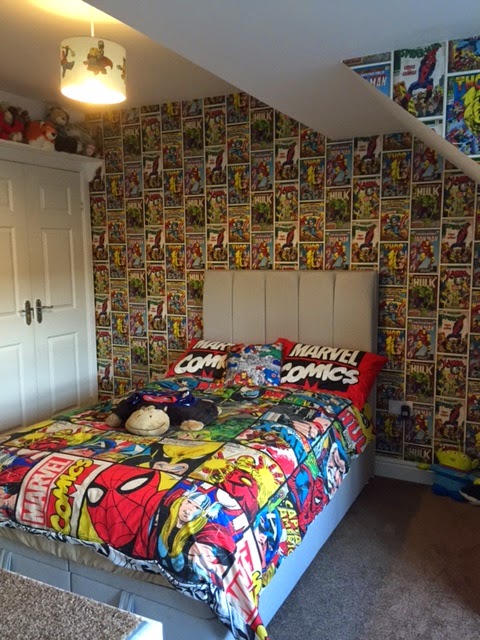 The first thing to get changed was the walls. The cartoon bird wallpaper was stripped and changed to Superhero poster wallpaper and the green walls were painted white since the wallpaper had so much colour in it anyway. I was worried the white would be too cold but it's actually turned out really well since we've got a warm brownish carpet and plenty of coloured accessories in the room.

Next thing to change was the bed, which was a toddler bed from John Lewis, and since Logan's feet were practically touching the bottom it had to be taken down and stored up the loft. Luckily earlier in the year (around June) we had bought a compact ottoman double bed for our spare room which we gave to Logan for his new room. It worked well as the spare room has now become a baby's nursery and we wouldn't have had space to keep the big bed. I have to say the other half and I are a bit jealous of Logan's new bed as the mattress is so comfy! I can see us purchasing our own new mattress in the near future. 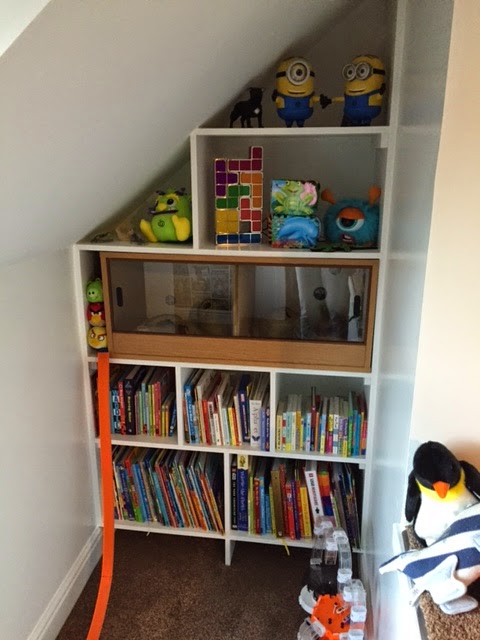 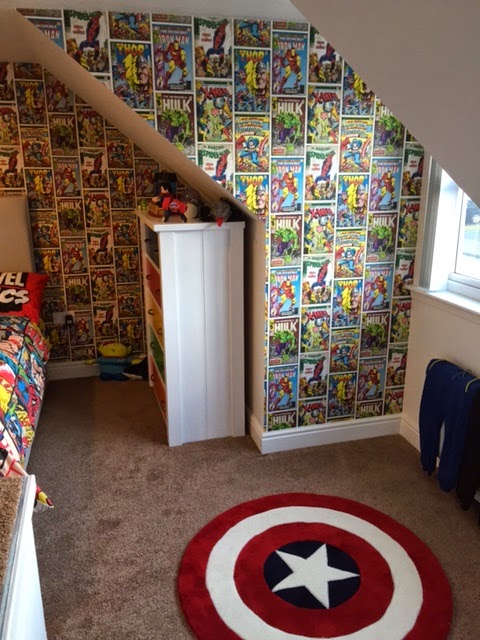 The last thing to really be changed was the furniture. There's a high chest of drawers and a rocking chair which were brown but we decided to go for painting them white with basic Lego colours for the drawers and the spokes in between the rocking chair. Something a bit different and fun for a child's room. The drawers have been completely finished but I'm still waiting to get the rocking chair back. It's not as urgent as the drawers however so I can wait a bit longer for it.

Now all the room needed was some accessories so I scoured the internet for something exciting and here's what I found; 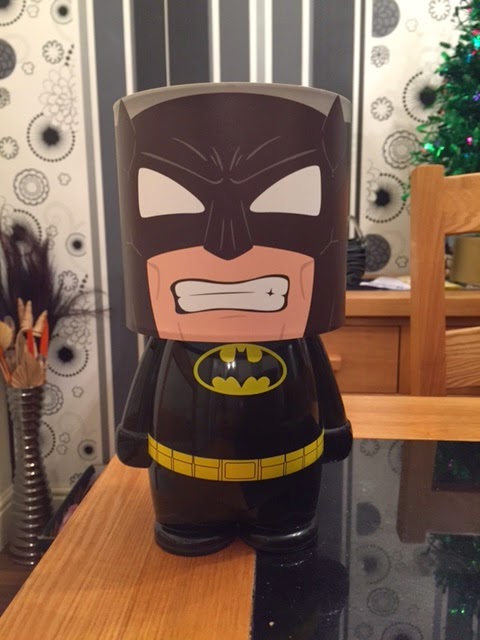 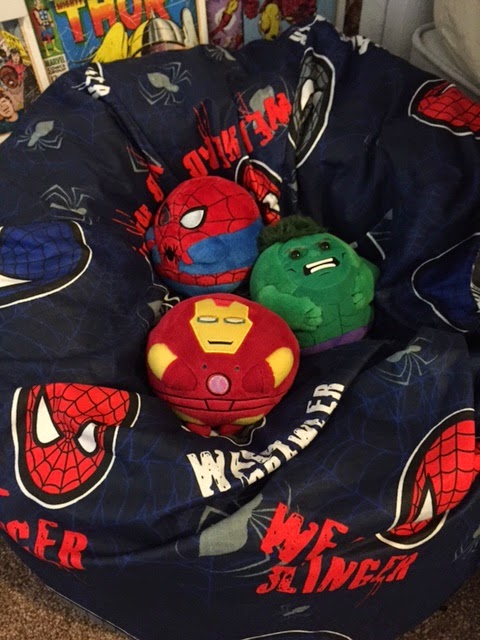 As you can see from the photos Logan's room is an odd shape as we've got a coombe on one side of the bedroom however I think we've managed to make his room look pretty cool and everything seems to fit in nicely. I'm sure there'll be more bits and pieces to add as I spot them online and in the shops. Superheroes and Lego aren't going to go out of fashion any time soon either so fingers crossed Logan wants to keep his newly decorated bedroom this way for a few years to come. 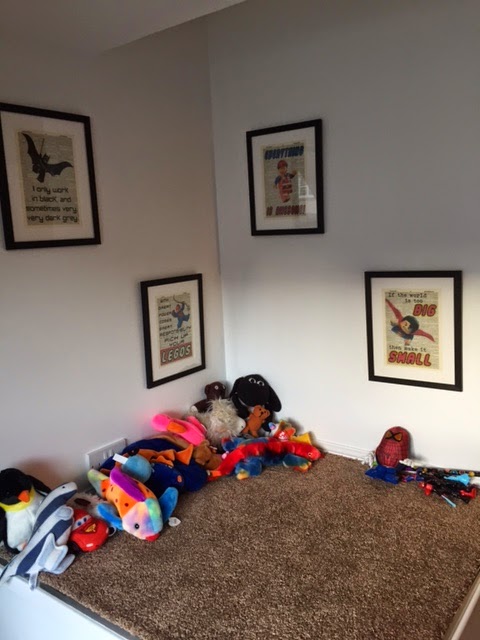 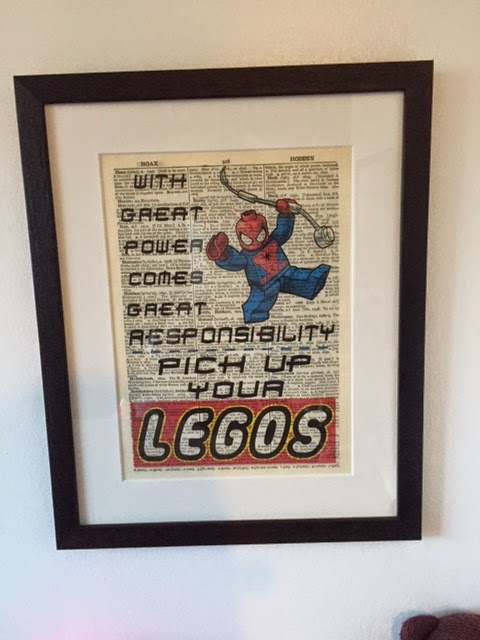 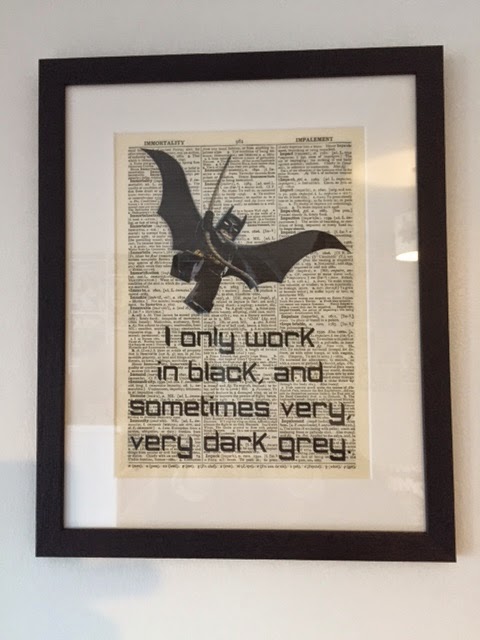 0 comments on "The Boys Bedroom Makeover"