With Logan's Lego Marvel Superhero Birthday Party fast approaching I've been working hard to get some party favours ready in time to include in his party bags. Having a Lego/Superhero theme has meant there's lots I can do and include in the party bags but I've kept it simple as I always feel party bags can sometimes be filled full of tat. I wanted to include something a bit more unusual in the bags so when Lego Mini Figure Crayons popped up in a Google search I took great interest. 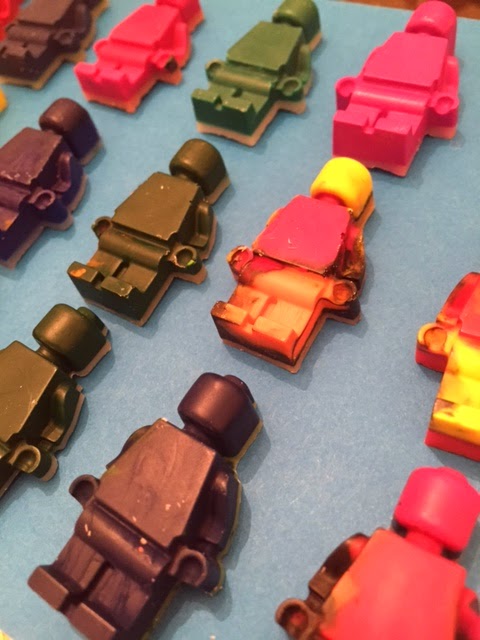 Now I'm not the best at crafty things but making the mini figure crayons actually looked really easy. Firstly I bought the mini figure ice cube tray from the Lego Store online. I did try and see what Amazon/Ebay had however the reviews stated that the figures weren't true to size and the silicone moulds were in fact replicas and not genuine Lego products. I then got some crayons, branded ones seem to work best however I also used Tesco's own crayons which were fine but don't use the Black. Not sure what's in them but they smoke and burned my mould *sniff*. 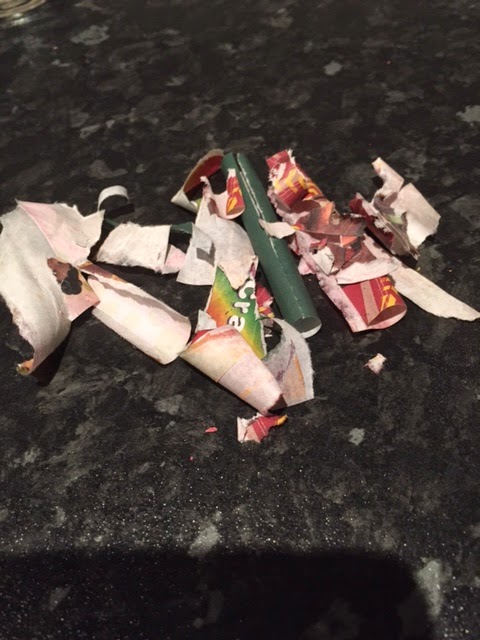 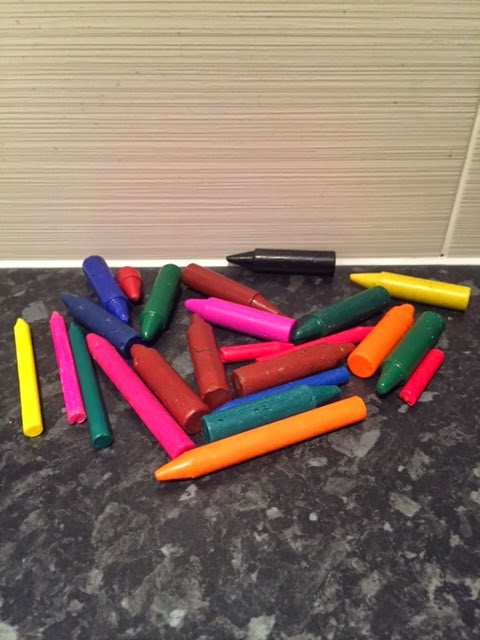 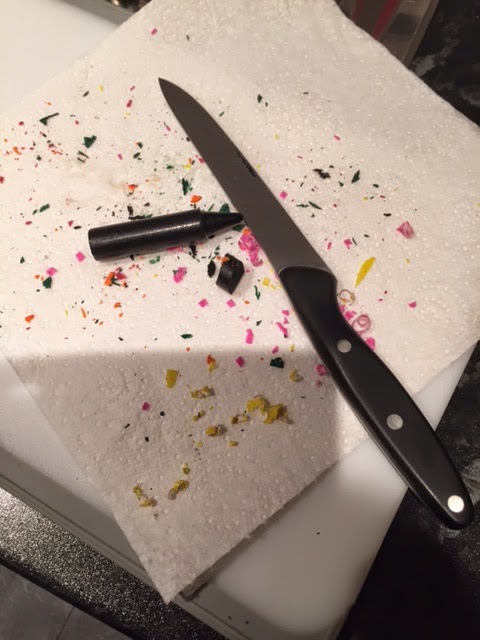 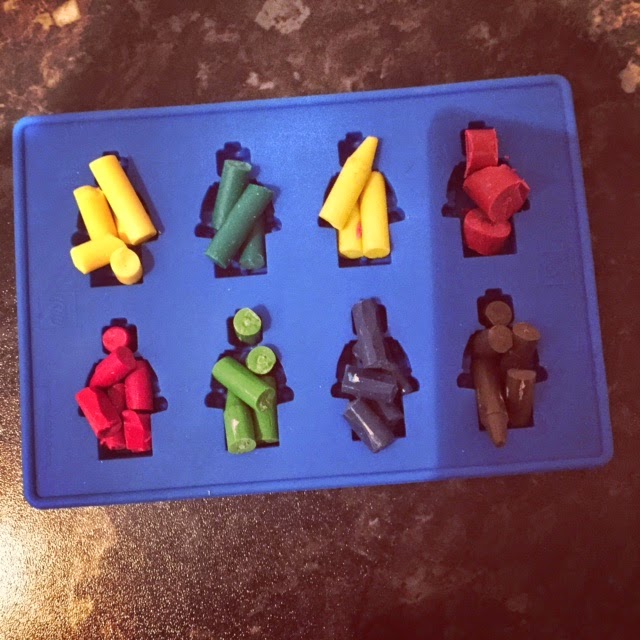 Now that the mould is ready I popped it in the microwave on high for 12 minutes. Some people use the oven however the microwave was the easiest and fastest option for me considering I had to make 30 sets of 4 crayons each! Be careful when taking the mould out of the microwave when the crayons have melted as it's fecking hot! Leave to rest for a good while until the crayons are nice and cool then pop out and package as you please. Sometimes you'll get the odd breaking of a neck on the mini figure crayons however just reheat in the microwave and try again. 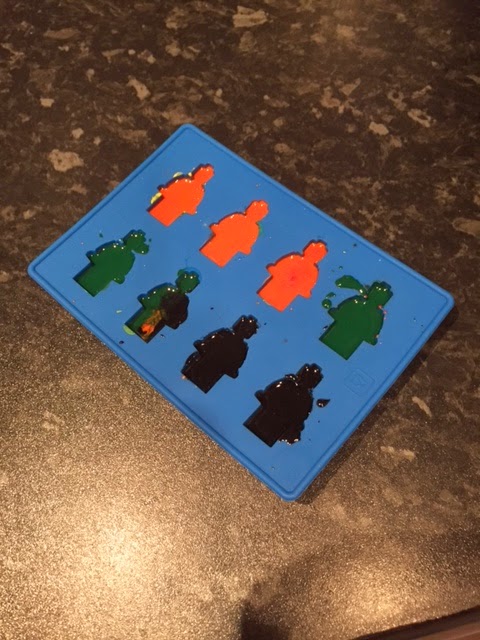 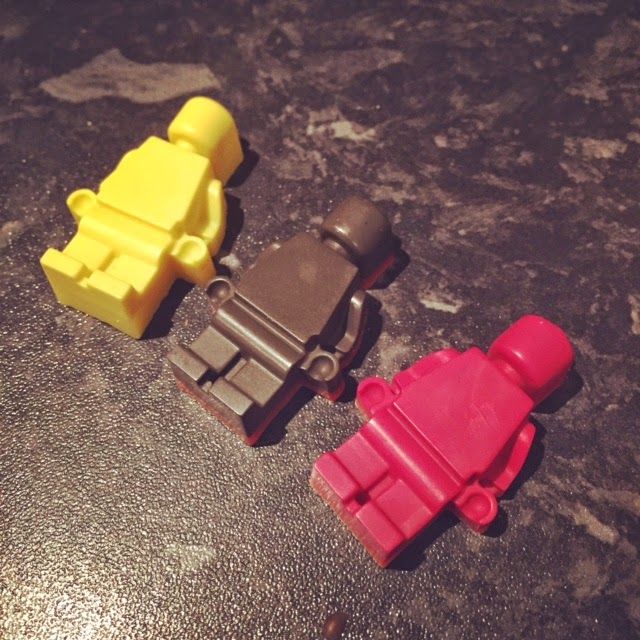 See, that was pretty simple wasn't it and I'm sure if I can do it then anyone can. If you have a lot of crayons to make like I did then remember to leave yourself plenty of time to get them done, especially if you only have the one mould as waiting for the crayons to cool and harden can take a while.

They are fab! Thanks for linking up to #brilliantblogposts