I'm feeling completely burnt out this week. It just never seems to stop in our house but I'm sure we're not the only ones. Everything is starting to ache as the baby piles on the pounds, especially my abdominal muscles. I've had a few people say how big the bump looks recently so there most definitely is some serious growing going on in there. Only 8 weeks to go now really, eek! At this stage most pregnancy websites are saying the baby has fully formed toenails, fingernails and hair. Although my son was born with hardly any hair, more like white/blonde fuzz, so I'll be surprised if this baby has any. Some websites are saying that the baby has a little sleeping pattern going on and can even dream, very fascinating. I'm getting more and more leg cramps which are a right pain and even managed to get cramp in my hand when I picked up my hand bag the wrong way! At least there's not long to go now.

This week saw our first parents evening for Logan which was exciting but over with so quickly. It's nice to hear all is going well so far for him at school and he's enjoying himself and engaging with the staff and his class mates. I had another midwife appointment which went well and I confirmed I definitely want an elective c-section. I'll be speaking to my consultant soon to have it all booked in, gulp! One thing the midwife did say is that my iron levels weren't looking too hot, not low enough to warrant any tablets but best take some action so I can avoid tablets altogether so out comes the dark chocolate. I'd forgotten how bitter dark chocolate really is but it's all for a good cause. 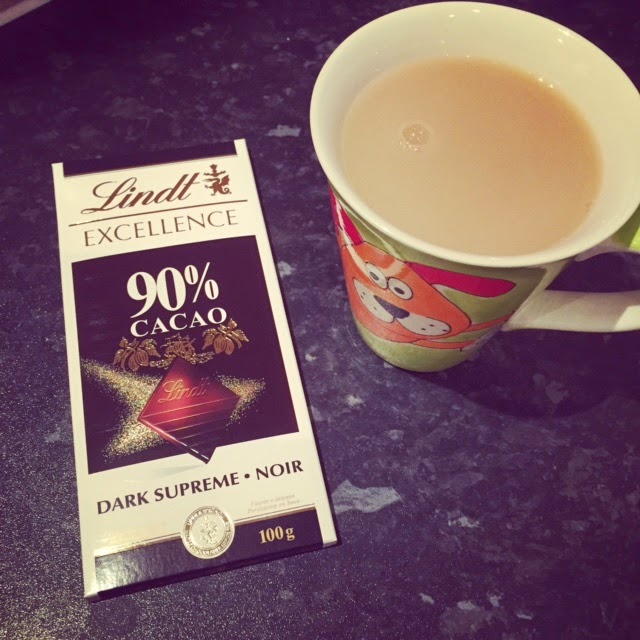 It was school in-service days for Logan on Thursday and Friday this week so off we went to soft play on Thursday to expend some energy. It was so quiet to start with so I thought I'd jump in beside him to play. My word, at 32 weeks pregnant I'm just not cut out for squeezing through the play equipment anymore! Logan didn't seem to mind too much thankfully and soon had some friends his own age to play with. In the evening it was off to swimming lessons which didn't go well at all. He wouldn't listen to the teacher and then had a complete meltdown when it was time to come out when lessons had finished. Thankfully the other half was there to carry him into the changing room otherwise I wouldn't have been able to lift him - he's massive for 4 years old. However Logan had other plans and tried to escape which ended up with me dragging him back to the changing room and barricading the door. Queue major tantrum meltdown and much screaming. Goodness only knows what the other parents must have thought, he sounded like he was being murdered which of course he wasn't. Eventually he calmed down after the other half and I ignored him which was really hard. He did say he was really sorry and he didn't know what was happening which I completely believe as being autistic sometimes makes him do things he seems to have no control over. I think that may be the end of swimming lessons for him though as he hasn't been listening to the teacher for the last few weeks and it's not fair stressing everyone out, himself included.

Friday it was my lovely Mum's birthday so after work I took her out for a nice little meal and treated her to the Dreamboys! It was funny watching the men on stage strut their stuff and the dance moves were questionable but some of the women in there were like animals!! At one point one girl almost took her clothes off trying to get picked to go up on stage! I felt ashamed to be female. Needless to say after that my Mum and I left early, we'd had enough of looking at desperate women for one night and all the drunks were getting on our nerves. Either that or I was just a really grumpy pregnant woman needing a hug and some sleep.

Today has at least been a little quieter with a relaxing morning then off to one of Logan's friends parties in the afternoon. Lots of bouncy castle fun for all the kids. There's lots planned again for next week but hopefully I'll get a little rest here and there.