Getting Organised for Christmas 2014

If you're like me and you hate leaving anything to the last minute then it's time to start getting organised for Christmas 2014! I love a bit of Christmas and organising and there's never such a thing as starting too early (she says eagerly). Here are a few tips and tricks to get you started on your very organised Christmas.

Christmas Gift Tags
You'll probably still have some old Christmas cards lying around from last year that the kids like to cut up or that you just couldn't bring yourself to throw in the cardboard recycling as they're too pretty. Well now you have a use for them. Cut out the pretty shapes and designs or simply cut the card in half and use the front half as a present gift tag. Easy to cellotape onto presents or punch a hole in one corner and use with last years Christmas bags. Makes a small saving for you and also means you're recycling at the same time. Get the kids involved for a great crafting activity too. 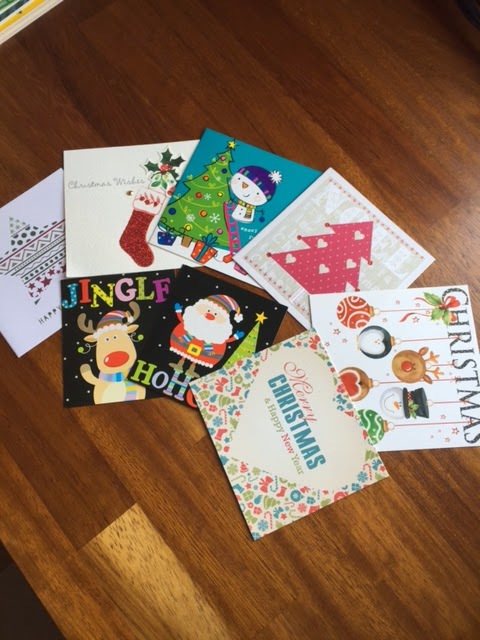 Christmas Cards at School
If you're child is giving Christmas cards at school, have them bought, written and handed out the first day in December. That way you don't forget and you don't have to think about it anymore. Job done!

Batteries
We all know 100% your child (or you) will get a present on Christmas Day that requires batteries but hasn't been included in the gift, and if you're not organised enough the chances are you won't have that type of battery to go with it. I'm not saying you can prepare for every battery scenario but be as prepared as you can and stock up now on battery deals for the most common types; AA, AAA, C, D, 9v, LR44. They won't go wrong and you can always use the 9v's for your smoke alarm instead.

Advent Calendars
What do you mean by Advent Calendars I hear you say. Well if you plan on getting them for the kids (or yourself) this year buy them now or as soon as they come out as once the 1st December hits they're normally all taken out of the shops so not much chance of getting one. You don't want a disappointed child on your hands and a few years ago this is exactly what happened to a colleague. If you want to be super organised and a bit different, then why not get your child a lego advent calendar? They're 25% off over on Amazon just now. Bargains
When you're out and about or shopping online and you see a bit of a bargain you think would suit someone as a Christmas present or even something small that can be used as a stocking filler, don't be afraid to pick it up. The chances are something better won't come along and you'll be kicking yourself you didn't just buy the damn thing when you had the chance. Just make sure if it's for the kids that you stash it away real good so they won't rumble your Christmas goodies hiding place. By starting early and getting a bargain you're saving yourself time and money so when December does role round all you have to worry about it wrapping the actually presents and enjoying the festivities.

Lists
There's no point being super organised then forgetting everything you've bought so write lots of lovely lists preferably in a handy notebook which fits in your handbag, so you can refer to it often. Lists are your friend and I write lots for all sorts of things. Currently I have lists for Birthday presents, Christmas presents, food shopping, Logan's 5th Birthday Party ideas, To Do lists etc.

So there you have it, some of the things I do and use to help me prepare and get organised for Christmas. The fact that I only have 10 weeks of pregnancy left is kind of making me more organised so this definitely helps. I want to relax and enjoy this Christmas, not be running around at the last minute in a panic and spending far too much.

What are your tips and trick for getting organised for Christmas?


0 comments on "Getting Organised for Christmas 2014"