I absolutely 100% love getting a bargain at the shops, it makes me feel all warm and fuzzy inside to know I've managed to purchase something we needed or as a present but at a great price. Everyone's idea of a bargain is difference of course but I thought I'd start a little weekly/monthly post (depending on how many bargains I actually get) to showcase some of the goodies I've managed to purchase, at what I'd class as, a good price.

Halloween Treats
So Halloween is now over and the shops have been going mad since Friday frantically reducing all their Halloween stock to make way for their Christmas items. Fantastic I say, this is normally when you can pick up some great stuff for rock bottom prices. Check out what I managed to grab. 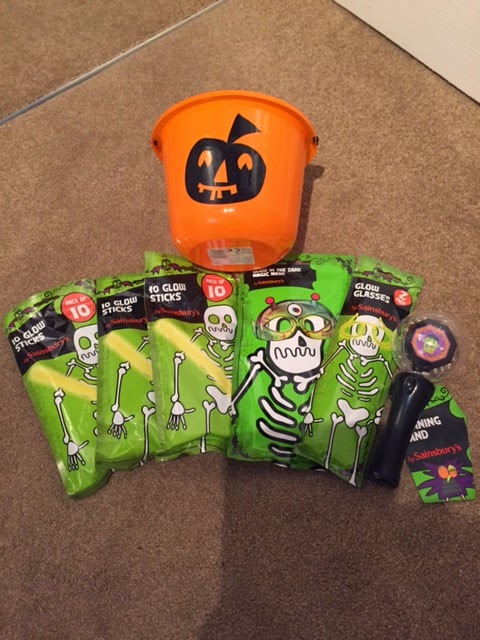 As you can see for the photo I got a little stash of goodies. I got 3x 10 pack of glow sticks (£1.00 each), 1x 2 pack of glow glasses (50p), 1x glow in the dark magic mask (75p), 1x spinning wand (50p) and 1x loot bucket (25p). All of these were at least half price or more in some cases and the glow sticks/mask/glasses/wand can be used for Bonfire night this coming weekend so I don't have to shell out a tenner for a spinny glow wand that'll break within 5 minutes!

Encouraging Reading Skills
Logan was awarded a certificate from the head teacher at his school last week for best reader of the month out of the three primary one classes. To say he was well chuffed is an understatement and it was great to see him so happy for achieving something so good. He got a Leap Frog Leap Reader for his Christmas last year so when I spotted this book in Mothercare (of all places) I just had to have it to add to his collection. Keeping it aside as a Birthday/Christmas present though. 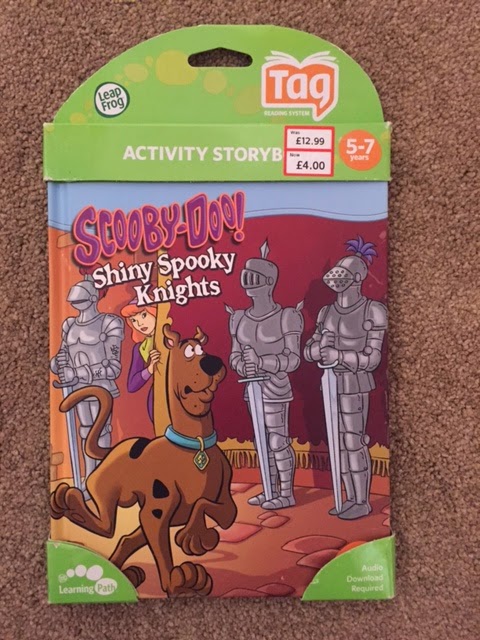 Boys Clothes
If you have a boy you'll know how filthy they seem to get sometimes from doing absolutely nothing so getting your hands on a cheap t-shirt or two is great. I don't know about you but my son seems to stain so many of his t-shirts with no effort what so ever which means they often have to get put in the bin or kept aside for days when I know he'll be getting messy again. 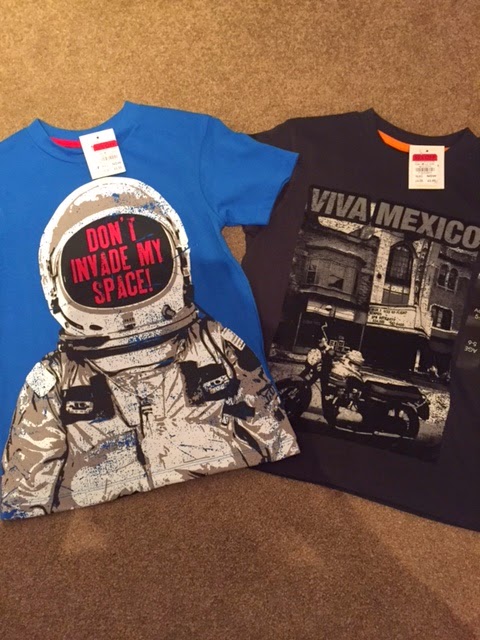 These two t-shirts are Bluezoo from Debenhams and instead of £6.00 each I paid £3.00 each. Not much of a bargain but still half price and nice little t-shirts that will be well loved. The "Don't Invade My Space!" one is my fav.

Party Shoes for Kids
Boys get a tough deal when it comes to party shoes I think. There's never as much choice as what little girls have and they never seem as exciting either but hey ho, that's life I guess. With Christmas parties and Birthday parties round the corner I'm just happy to get some nice footwear for Logan. 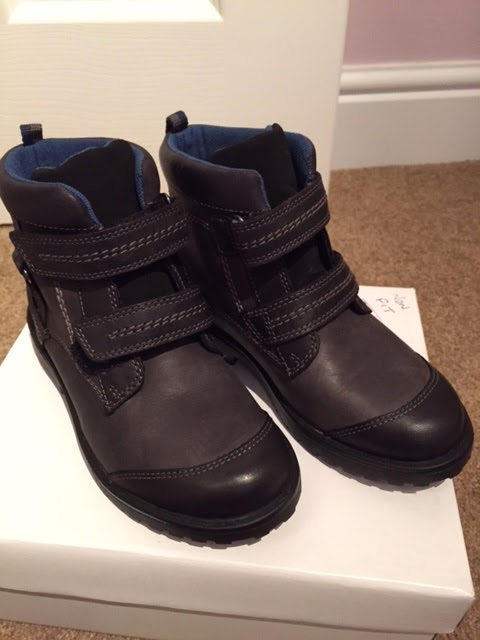 Now I know these aren't exactly party shoes however it's winter and these cute leather boots from Clarks will go perfectly with jeans and a fancy shirt for any party. The best thing about them is they only cost £26.49 and having checked the Clarks website for similar boots they would have originally cost around £50!! And considering Logan seems to go through shoes every 3 months at the moment I don't really want to be spending as much as that all the time.

Bedding
Now that Logan has moved up to a bigger bed (small double) it's handy to have a few changes of sheets just in case. Not the most exciting of bargains but I found this double fitted sheet in Sainsbury's for only £4.50 which I thought was great value considering Asda etc sell double fitted sheets for £11. I like the quality of the Sainsbury's clothes so hopefully this fitted sheet has the same standards. 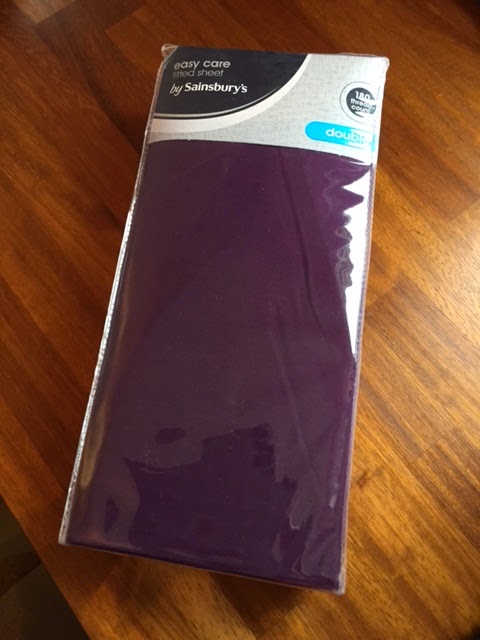 Well that's my bargains of the week so far. I'd love to see what bargains other people have managed to snag this week so please feel free to share.

Haha I love a good bargain too and have been stocking up on Halloween sweets too :) x x x

Same, fab bargains! Thanks for linking up to #brilliantblogposts