One of the things I almost forgot about when Logan started school was the mid morning break, where children get to go out and play for 15 minutes and have a little snack to keep them going. I was so consumed and worried about what I was going to do for his lunch that I just about forgot the whole break snack time routine. Luckily I didn't forget but then I thought, what sort of healthy snack am I actually going to give him!? We're lucky in that the school Logan attends doesn't police break time snacks unless they are really unhealthy i.e. he's taking in a mars bar every day, but I still wanted to give him something nutritious and tasty.

After having thought long and hard about it and finally getting some healthy snacks under my belt for Logan's break time I'm going to share them all with you, my lovely readers.

Innocent Smoothies for Kids
I would never have thought about giving Logan a smoothie for snack time however he does really like a freshly whipped up fruit smoothie, so when I spotted these in the supermarket I thought I must be onto a winner. They're Innocent Smoothies for kids which have no added extras, they can last 12 hours out of the fridge so ideal for snack time and you get 4 in a pack. They of course come with a straw as well so easy to drink, no fiddly packaging to open for little fingers. There seem to be quite a few different flavours as well, Logan seems to like the strawberries, blackberries and raspberries at the moment. Some of the supermarkets have deals on these just now so worth stocking up. 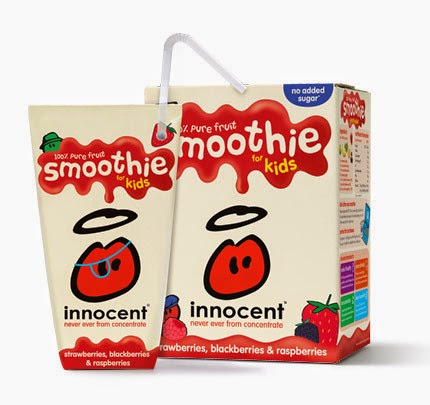 Organix Raisin Boxes
Now you can get the supermarkets own brand of raisin boxes for kids and they can be cheaper sometimes but we quite like these Organix ones in our house so I've stuck with them for the past 3 years or so now. If you're really lucky Poundland stock these on occasion. Logan loves raisins and has done since he was very young so a little box or two of these in his school bag for snack time goes down very well. They're healthy too so I'm happy.

Organix Rice Cakes
Organix have lots of different flavours of rice cakes for snacking on and because they have no added extra nasties they're perfect for school break time. I pop about 5-6 in a little food bag for Logan to take outside with him to play and eat. You can have apple, banana, cherry, strawberry, carrot & tomato or raspberry & blueberry (our fav). Big variety and something different for your little one to have from the norm. 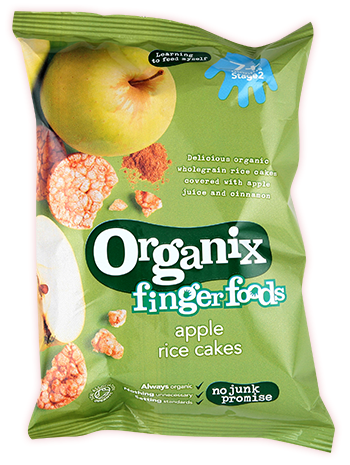 Cheestrings
I wouldn't have originally thought of these but they're a good source of calcium and Logan seems to be enjoying cheese more so I'm hoping he'll snack on these. Supposedly they can be left out of the fridge for hours as well and since it'll only be an hour and it bit and they're separately packaged it should be ok.

Organix Crisps
My son loves a packet of crisps but some are just too high in salts and sugars so an alternative we've found are Organix Crisps. They've no nasties and are super tasty. Yes they're more expensive so he only gets them now and again but they're perfect for taking to school for snack time. You can choose between Carrot Sticks, Sweetcorn Rings, Tomtao Slices or Red Pepper Hearts. 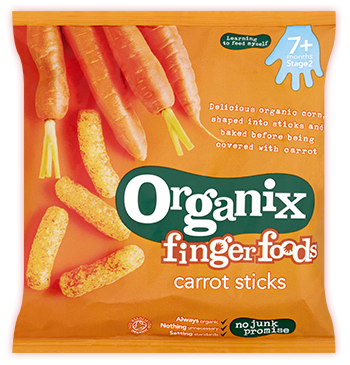 Fruit
There's always good old fruit if all else fails. Something easy like a banana, apple or pear to keep them going. I do worry that the fruit will bruise however it's only in the school bag for a short period of time before break so as long as it's not sat on it should be fine. All the supermarkets have deals on their fruit as well especially Aldi so you can get a real bargain.


So there you have it, a few different healthy snack ideas for break time at school. I'd love to hear what other people give their kids for break time? It's so hard to think when they only have 15 minutes to play and eat!

This is not a sponsored post. All opinions and words are my own.