There's nothing much exciting happening this week really compared to the last few weeks. I've still been pretty busy plodding on and managed to pick up a few wallpaper/mural books from our local Dulux store to peruse for Logan's room redecoration and the baby's nursery. There's two lovely wallpapers I can't decide between for Logan's room. It'll either be the Marvel Superheroes Comic one or the Marvel Superheroes Poster one. Which one do you guys think looks best? They're both very similar. 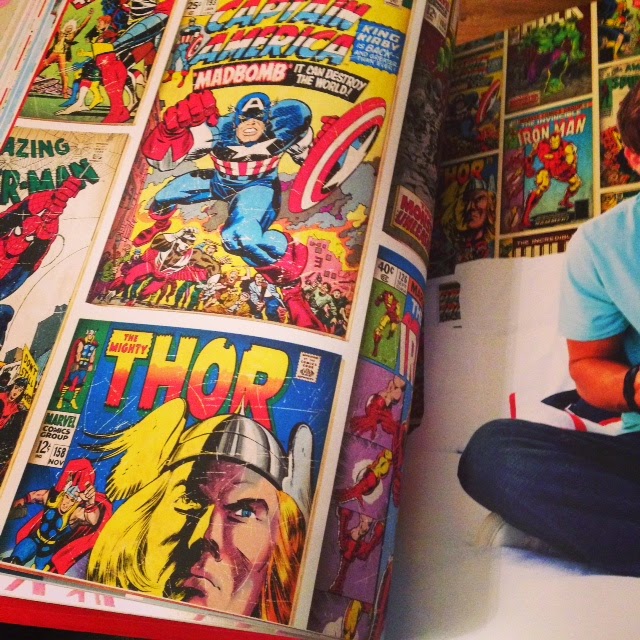 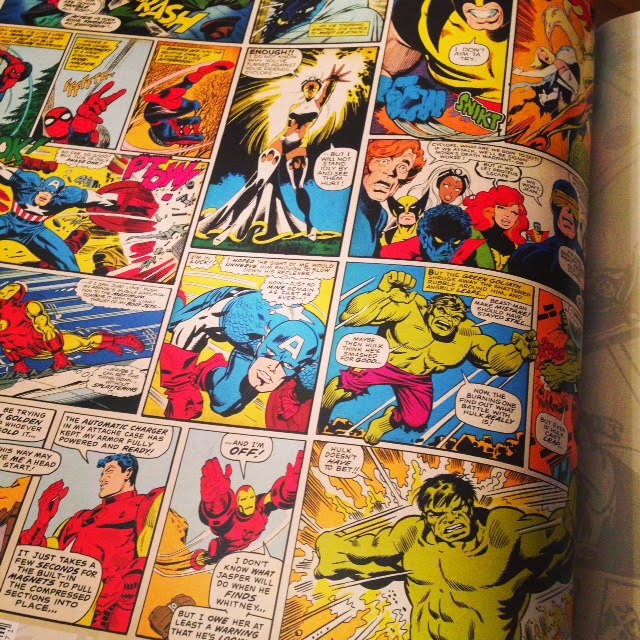 I got to meet up with a lovely friend and her son on Thursday for coffee and cake and a good chin wag, but we ended up having a sort of brunch instead. Not that I needed it but was probably healthier than cake haha. Anyway it was lovely catching up and something different and more relaxing from the usual running around.

I still feel like my insides are extremely squashed as per last week and if I eat too much in one go I get a bit of acid reflux! It's a bit miserable but not too bad. Can only imagine it'll get worse as I get bigger! The baby is around 30cm long now (about the length of a ruler) so definitely taking up more space. I have ordered some nice maternity and nursing tops from Mamas & Papas as they've got a sale on at the moment so that's cheered me up.

I've got a busy weekend ahead with swimming planned for Logan (he has to go every weekend now!). My cousin's daughter is turning one and my other cousin is having a lovely baby shower. Must remember to look out a baby photo! Oh and I've got to bake a cake for work as there's a bake off on Monday! I have however managed to order up a cool custom cake for Logan's party later in the year so fingers crossed it turns out ok. It's from 3D Cakes in Edinburgh so I'm sure they know what they're doing.

So maybe not much of a rest this weekend, think I'll be going in to work on Monday for a rest instead!

Love those wallpaper choices - my husband (massive Marvel fan) would probably love those in our room! Sounds like you're pretty busy, hope you get a moment to yourself to chill out a bit. Mind you, I know what it's like. I relish my quieter moments so much now as they come along so rarely! Thank you for linking up to #BlogBumpClub again x

I like the Marvel posters best. We're doing my daughters in that paper too :) x x