Raegan Moya-Jones is the brilliant mumpreneur behind the lovely aden + anais who manufacture and sell beautiful quality muslin swaddle blankets and other fab products such as bath towels, bibs and sleeping bags. You can see all Aden + Anais have to offer at www.adenandanais.co.uk.

So first things first, tell me a little bit about yourself and your family?
I call New York and Sydney home.  Australia is where I was born, raised and educated; New York (specifically DUMBO, Brooklyn) is where I live now with my husband and four daughters.

What's the story behind the brilliant Aden + Anais?
In 2003, I was expecting my first baby while living in the United States, half a world away from my family, back home in Australia.  Like all new mums to be, I was preparing for the baby’s arrival, and one of the must-have “things” that all Australian mums used on their babies were muslin wraps. I looked everywhere for them in the US and not only could I not find them, no one had any clue what I was talking about! I resorted to having my sister send me some from Australia.  Upon their arrival it dawned on me that all Australian mums couldn’t have it wrong, and that if I introduced them to American mothers, I knew they would feel the same way.  Before I could stop myself, I took a page from Plato’s Republic – inventing by way of necessity – and decided to take matters into my own hands.  I co-founded aden + anais® and took my first pack of aden + anais® muslin wraps to market in the US in July 2006. Today, we can be found in twenty countries around the world and in many thousands of stores.

Where there any struggles along the way?
Trying to establish lines of credit especially during the financial crisis was definitely a struggle.  We grew so quickly and no bank would really look at us because we had not been in business for long enough to qualify.  The ongoing issue of cash flow and working capital can be an issue for any small business, especially those who manufacture products. 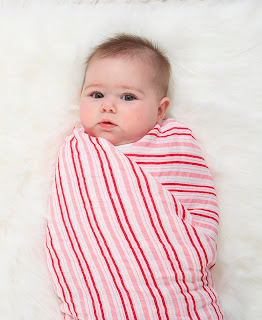 Looking back is there anything you wish you could have done differently?
I don’t have any regrets. Where there have been hiccups in the business, we have learned from them and used that knowledge to do better and be better. Knowing what I know now, there are plenty of things I would do differently. If had to do it all over again, all of which would save me time and money. That said, the way I live my life is summed up in a quote that I read many years ago by John Burrows. “Leap and the net will appear.” I would tell anyone who has a dream, vision and passion for something to follow it. Although I would also warn them that there is a huge amount of stress and sacrifice that goes hand in hand with starting your own business. Had I known the toll it would take on me and my family in the first few years when I was building the business from scratch, I may not have been quite as enthusiastic about diving into the abyss. Of course now, that I’m on the other side running a successful business, all the sacrifice was worth it.

Are there any new products in the pipeline?
We have a lot in the pipeline right now and are introducing products that I’m very excited about.  We just launched mum + bub, a pawpaw infused skincare line that was formulated with a leading dermatologist made specifically for babies, but is unique because it is sophisticated and luxurious for mums as well.  Pawpaw is a skin care staple in Australia that I’m excited to introduce to other parts of the world.  Our soothing pawpaw ointment is so versatile that you can use is as a nappy cream for baby but it also works wonders on chapped lips, chaffed skin, insect bites, minor cuts and skin irritations and more.  I’m personally happy to finally have it my home for me and my girls.  We’ll soon be introducing a few line extensions of existing products that I think (and hope) our customers will be very excited about.  Stay tuned for more!